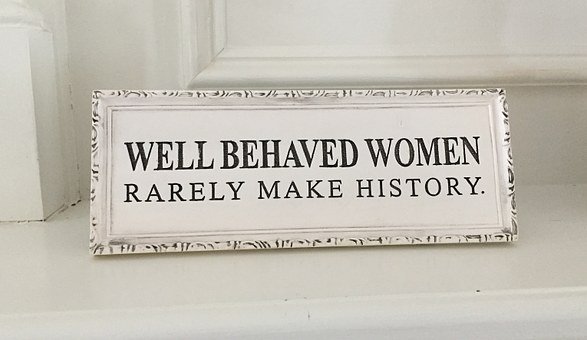 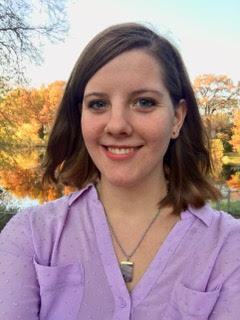 “For most of history, Anonymous was a woman.” -Virginia Woolf

It’s March which means it is once again time to celebrate women’s history. Women of historical significance can be hard to find due to the sexist past and laws of Western civilization, if not most of the world. Yet there are inventions, literature and medicinal treatments created by women that allow for the daily comforts we experience as members of the 21st century. This is, relatively speaking, a short and certainly incomplete list of women who are often forgotten, but without whom the world would not be the same.

The Tale of Genji is considered to be the world’s first full-length novel and it was written, you guessed it, by a woman. Murasaki Shikibu was a Japanese noblewoman but her true name is up to speculation because Murasaki Shikibu is a pen name.

According to Jane Peyton, researcher and historian; and Patty Hamrick, who has a master’s in archaeological anthropology, the earliest evidence of beer production is within homes in Mesopotamia and Sumer, with women being the primary brewers. Brewing was considered women’s work, being a household kitchen chore.

You know Frankenstein, right? Well, did you know that the story was written by Mary Shelley at 20 years old? The book was finished in 1817 but not published until January of the next year, the author put as anonymous, although the book was dedicated to her father; and her husband, Percy Shelley, wrote the original preface. Frankenstein is honored as the first science fiction novel in the world.

You may have heard of the famous poet Lord Byron. Ada Lovelace, born in 1815, was his estranged daughter and a brilliant mathematician. She is considered the world’s first computer programmer.

In 1883, the poem “The New Colossus” was published. Emma Lazarus, a Jewish-American born in New York, was asked to write a poem for the Statue of Liberty. The poem was originally forgotten, but eventually it was placed, first on the second floor of the Statue in 1903, and now at the main entrance.

The National Society of Black Physicists (NSBP) honored Alice Parker in 2019 for designing the first natural gas-fueled heater. Parker filed the patent for her invention 1919, something the NSBP says is a “truly unusual and outstanding achievement” for an African American woman of her time to have accomplished due to limited opportunities.

We are taught that the discovery of double helix DNA is credited to James Watson and Francis Crick. What is often forgotten is Franklin’s work in X-ray diffraction that made the discovery possible. In 1952, Franklin and her student Raymond Gosling took the first picture of DNA, which was then taken without their knowledge or permission to Watson.

Lamarr is an Austrian and Jewish immigrant who is mostly known as a famous actress of the 1940s. She is lesser known for her contributions to a frequency-hopping technology to be used in WWII by Allied nations to prevent Nazi detection of torpedoes.  Her invention led to modern day Wi-Fi, Bluetooth and GPS. Yet, according to Forbes, “To this day, neither Lamarr nor her estate have seen a cent from the multi-billion-dollar industry her idea paved the way for, even though the U.S. military has publicly acknowledged her frequency-hopping patent and contribution to technology.”

Hepburn is another famous actress whose efforts outside of Hollywood are often forgotten. According to TIME magazine, Hepburn was a part of a Dutch group that illegally and secretly put on shows in people’s houses and in Hepburn’s own words, “I did indeed give various underground concerts to raise money for the Dutch Resistance movement.”

Elion was awarded a Nobel Prize in Medicine in 1988 for multiple drugs she helped create to treat AIDS, malaria and other diseases. Born in New York to Lithuanian and Russian immigrants, Elion achieved her master’s in chemistry and was later awarded three honorary doctorates from three separate universities. She was the first woman inducted to the National Inventors Hall of Fame.

On Feb. 24, the world lost Katharine Johnson at 101 years. Johnson was an African American, female mathematician working for NASA in a white-male dominated field. John Glen, the first American to orbit the Earth, is credited by NASA as being willing to go to space only “if she says they’re good” when the computers that were supposed to be calculating his flight were prone to “hiccups and blackouts.”

While there are many other figures from the past to find, here are some remarkable women who are alive today doing amazing work around the world.

Dr. Tsukamoto is co-holder of a patent of a process to isolate human stem cells.  Her work has become vital in fighting certain types of cancer including blood cancer which, according to CPA Global, affects one person every 14 minutes.

When you think of young women activists addressing the UN, you probably think of Greta Thunberg. Autumn Peltier is a now 15-year-old Indigenous Canadian young woman and a member of Wiikwemkoong First Nation and spoke officially again to the United Nations. “We can’t eat money or drink oil,” she said. In 2018, at 13 years old, Peltier spoke to the UN General Assembly about clean water and spoke with Canada’s Prime Minister, Justin Trudeau, protesting against his endorsement of multiple pipelines projects.

Also known as Dr. Katie Bouman. She made the algorithm that allowed for the first picture of a black hole. In an interview with PBS, Bouman humbly stated, “this was a team effort… lots of people, processing those petabytes of data, that’s what made it possible,” and she mentioned that she had to keep the secret for a year.

Yes, you’ve already heard of Dolly Parton. But did you know that she created a program that sends books to children from birth up until age 5? The Imagination Library was inspired by her own father’s “inability to read or write,” is still going strong, and offered to some communities in Minnesota.

Alaa Salah is a Sudanese student and pro-democracy protester known as both the “Woman in White” and “Lady Liberty of Sudan.” Salah is, in her own words, protesting for “peace, justice, and equality” for the people, especially the women, of Sudan. Former president Omar al- Bashir was removed from office and in 2019“military and opposition leaders negotiated a power-sharing agreement,” but women are once again being left out of the conversation, something Salah and others continue to fight against.

As much as I hope you have learned about some amazing women, I wish their lives were something you already knew. If you did, fantastic! If not, maybe these women should be added to your personal list of inspiring historical figures. I know I’ve added them to mine.