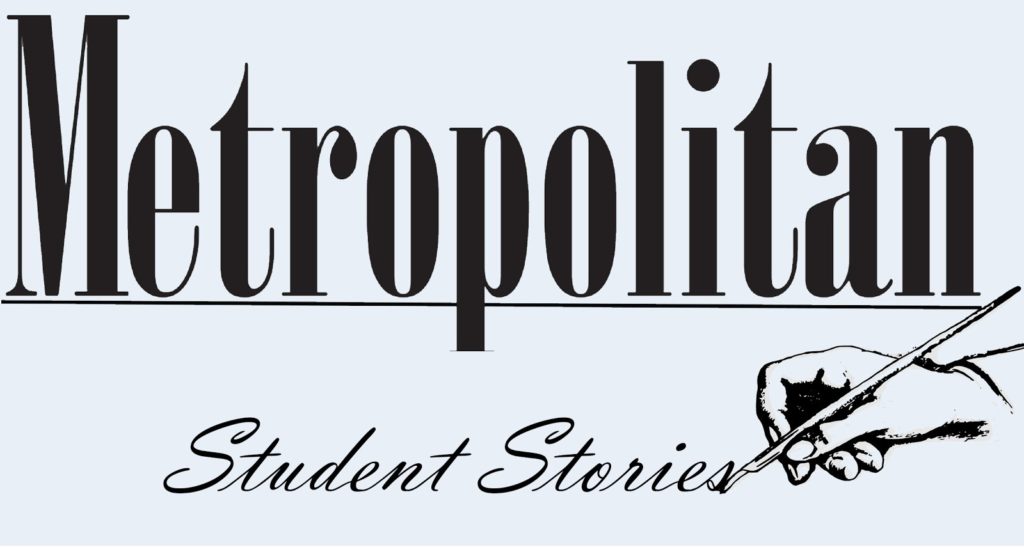 I appreciated the value of learning when I was growing up. I enjoyed high school and received good grades. My parents encouraged me to pursue higher education. Neither of them received a bachelor’s degree and neither did their parents. I think my mother had a dream for me to accomplish what they didn’t.

Right after I graduated from high school in 1989, I began my college career. I attended four different universities and changed my major three times. Despite a difficulty into remaining focused, I enjoyed reading and writing, and had excellent math skills. I loved being on campus among my peers. The sight of backpacks hanging off the shoulders of students inspired me. The school library was my preferred place to study, surrounded by the books, desks, and peacefulness.

It made me think that someday I might be smart enough to make a difference in our world. Making my parents proud was my goal. I had a big problem, though. But not like oppression, poverty or sickness.

I struggled in school because I was an alcoholic. There is no excuse for how I spent those years in college; I grew up in a loving home and had an abundance of opportunities. Despite that, I became more addicted to alcohol and that led to more problems. As I fumbled my way through my education, my parents bailed me out often. Consequences for my poor actions were minimal.

I drank because I liked the way it made me feel–confident, funny, outgoing. At first, drinking was fun. And then it wasn’t. I drank way too much. It affected every aspect of my life, but I couldn’t stop.

I was accepted to Metropolitan State University in 2002, my fifth attempt at higher education. My advisor helped me compile my coursework into an individualized degree plan. I thought I would finally graduate and make my parents proud, but it wasn’t meant to be. My alcoholic behavior interfered again.

Then, in 2004, my mother died. That dream of hers for me to graduate from college died with her. Shortly after she passed away, I dropped out of school again with only a semester left.

My drinking worsened and eventually I lost my daughter, my family, my home and my job. I lost everything. I ended up in treatment centers, jails and hospitals, but still could not stop drinking. I was getting dangerously close to dying.

I was faced with a dire situation that no amount of education could help. I needed a miracle.

Then, one day in 2009, I prayed for that miracle. That same day, another alcoholic called me to go to an Alcoholics Anonymous meeting. I got a sponsor and worked the 12 steps immediately. About three months later, my obsession to drink left entirely. I got my daughter, my family, and my career back. My prayer was answered!

I met a beautiful woman, we got married and bought a home together. I taught myself how to start a business, then made my construction business a reality. Through hard work, I made it successful. I got my life back. It felt like I was finally beginning to make a positive difference in the world.

My wife asked me on several occasions about returning to school. Each time I responded that I had made a mess of my schooling and couldn’t imagine going back. I had tried for so many years at so many schools without success. Obtaining a bachelor’s degree seemed impossible.

She saw me reading and writing and noticed that I still had the mindset of lifelong learning.  In December 2019, she asked me again, “Your work is seasonal, and you have the winter off. Why don’t you go back to school? For you this time.” I declined once again; however, I couldn’t shake this nagging feeling that I left something unfinished.

One day, I was in St. Paul for a meeting and she sent me a text, “Go back to school!” She was pushing me like mom used to. Driving home that day, I was listening to the radio as an advertisement came on for Metropolitan State University saying, “You can still go back to school and get your degree!” as music played in the background. I turned the radio off.

I decided to pray again and asked for a sign. A few minutes later, as I drove along the highway, a billboard came into view. It was for Metropolitan State University. Literally, it was a sign in front of me!

It felt like my mother was still pushing me from the afterlife and I had no choice but to go back to Metro State to finish what I had started all those years ago. I pulled off at the next exit and found the number for Metro State on my phone. I was nervous, but called anyway. An advisor from the Department of Individualized Studies answered my call and suggested that we meet.

A few days later, I met with my new advisor, Stanley Hatcher. He helped me figure out what courses I would need to take to complete my degree plan. Metro State was giving me another chance. I registered for spring semester and will now receive my degree after taking 15 years off.

I do know that it has something to do with preparing myself to be useful to others. My father recently told me that he is proud of me and I imagine my mother being proud of me as well. My daughter is now in high school and my two stepsons have begun their college careers. I want to show them that education is important and that it’s a great thing to finish what you start.