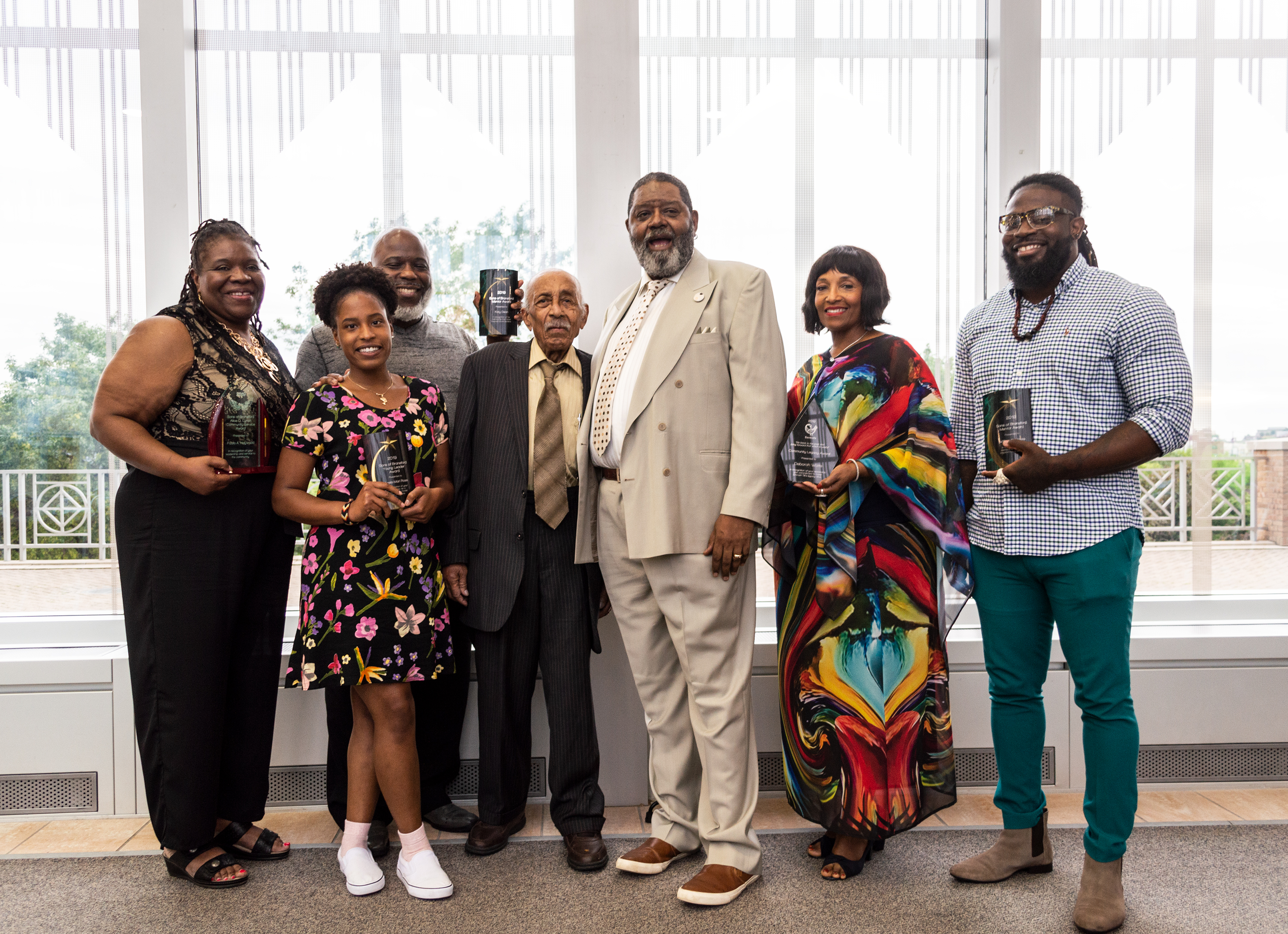 The 2019 Sons of Bransford awards took place in New Main’s Great Hall on June 20, as it has for nearly a decade. The awards honor community leader Jim Bransford and celebrate the resilience, service and success of black community members.

The annual ceremony concluded the first day of the Black Men Healing Conference. The conference, which also took place on the St. Paul campus June 20-21, focuses on culturally sensitive trauma healing and empowerment.

Bransford, for whom the organization and awards are named, overcame struggles with addiction and touched the lives of many in the community with his activism and service. He was on hand at this year’s event, along with event organizer and co-founder, Sam Simmons.

Simmons’ work in the community on addiction and healing from trauma has earned him numerous accolades. Despite his advanced years, Bransford is still active in the black community and maintains roles with several local service organizations.

The Sons of Bransford Awards typically honor black men. Bransford expressed joy during his closing remarks, however, when noting that for the first time in the awards’ 13 year history, there were actually more female winners than male.

Many of the recipients were on hand to highlight the urgency of the issues they are passionate about.

Mentor Award winner Kory Dean, founder of The Man Up Club, addressed the specific struggles of young black men during his acceptance speech. They must navigate society and a system that too often thrusts them into violence and incarceration. The Man Up Club focuses on academic discipline, life and social skills, responsibility and accountability to empower young black men to succeed and thrive in their communities.

William R. Moore, the first certified male doula in the state of Minnesota, was also a Mentor Award winner. Moore works with parents to help them self-advocate during their birthing process. He also works with fathers to help them feel competent and empowered to support their partners before and after birth.

Aasia-Mari Ross was this year’s Young Leader Award winner for her advocacy work with young adults in the juvenile justice system.

The Alice O. Lynch Community Service Award was given to Paula Haywood for her more than 33 years of serving the community with Hennepin County, in community corrections and human services.

The final honor of the evening, the Community Legacy Award, was given to Deborah Watts. Watts’ work in co-founding the Emmitt Till Legacy Foundation seeks to honor, not only Till and his memory, but to foster a spirit of hope and peace in the face of senseless violence.

All award winners who spoke at this year’s ceremony shared a common vision for a safer and more equitable future. These awards are about hope and the future as much as they are about honoring the past and the legacy of Bransford. They celebrate the resilience of spirit and the commitment of those who dedicate their time and energy to bring strength and healing to others.