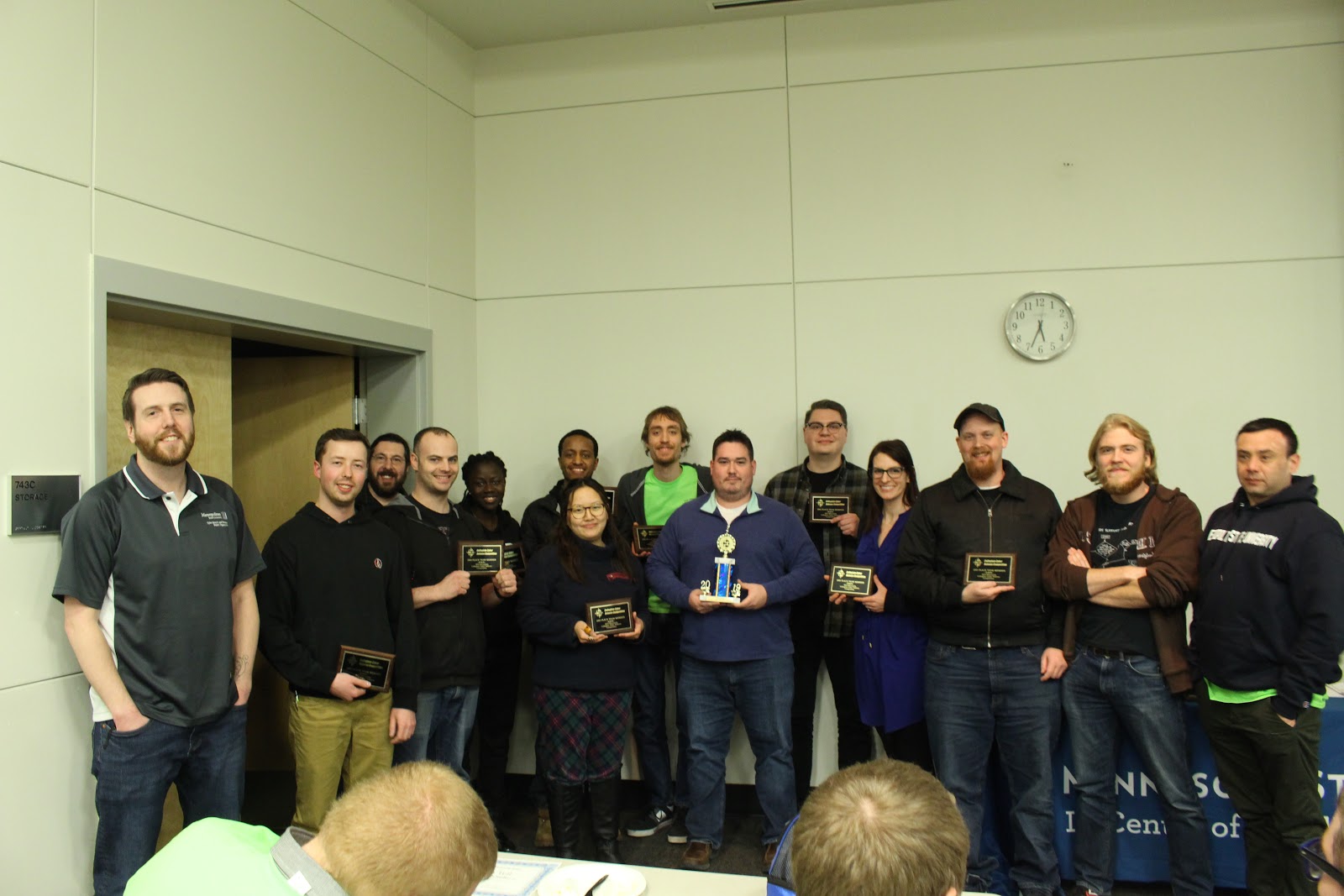 Team Metro at the 2019 Minnesota Collegiate Cyber Defense Competition at Alexandria on Feb. 9. (Courtesy of Janice Aanenson / Minnesota State IT Center of Excellence)

Strong performances in state and wildcard cyber defense competitions gave the Metro State team a spot at a regional contest in Illinois this spring.

In these competitions, collegiate teams defend their computer network system from being hacked by a “red team” composed of professional hackers and penetration testers. They simulate external hackers attempting to hack a computer system. The event helps students assess their understanding and competency in protecting networks and information systems.

In the wildcard round on March 2, Team Metro placed second of 16 teams. Their competitors were all second-place teams from Illinois, Indiana, Iowa, Kentucky, Michigan, Missouri and Wisconsin.

Dr. Janice Aanenson, director of academic initiatives for the Minnesota State IT Center of Excellence, called the contest “an extremely high-end challenge” as teams vied for two open spots at the Midwest regionals.

“[Metro State] placing second ahead of University of Louisville, Purdue, and Baker College was a significant achievement,” said David Durkee, regional director of the National Center for Systems Security and Information Assistance, the competition organizer.

Ultimately, Team Metro did not place among the top teams at regionals, held at Moraine Valley Community College in Illinois, March 15-16.

Baldwin Wallace University in Ohio was the winner and advanced to the national finals to be held in late April in Orlando, Florida. Indiana Tech and Northern Kentucky University were runners up.

To qualify for the wildcard round, Team Metro placed second behind St. Cloud State University, on Feb. 9. The all-day competition at Alexandria Technical and Community College drew teams from many Minnesota State colleges and universities.

This the fifth year Metro State has entered the state competition. The team finished third in 2018, and second in 2015 and 2016.

Digging into the data and mining for meaning