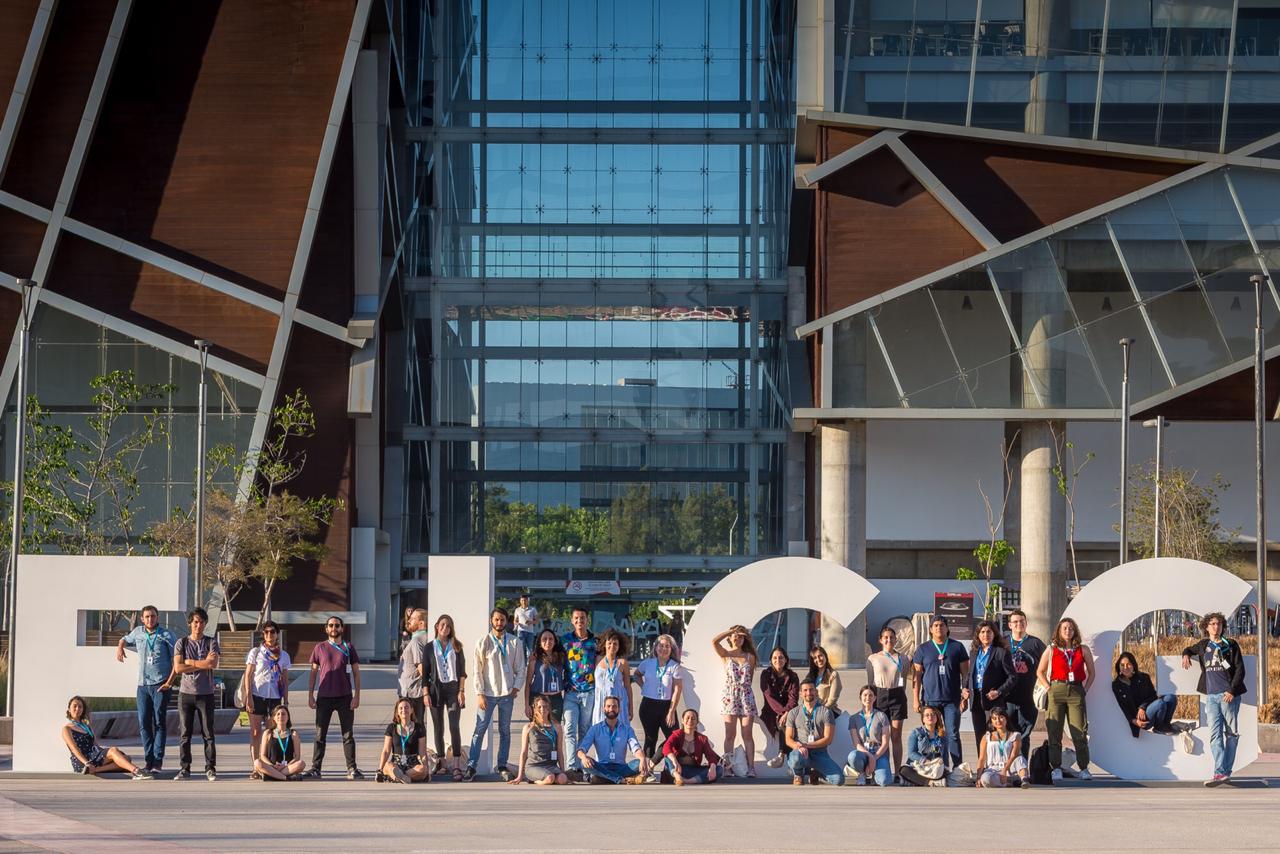 Members of the Mezcal Jurado (jury) at the Guadalajara International Film Festival in March 2019. Metro State screenwriting student Jordan Indehar was one of 30 college students selected for the jury. (Courtesy of Jordan Indehar)

Jordan Indehar is a guest writer for The Metropolitan. He is a screenwriting major.

Movies from all corners of the globe have fascinated me ever since I was little. From the moment I was born, my family instilled a love of cinema in me.

I’m now a screenwriting major at Metro State, studying the great works of cinema and penning my own scripts. My taste has evolved from childhood favorites “RoboCop” and “The Evil Dead” to sophisticated films like “The Revenant,” director Alejandro González Iñárritu’s 2015 masterpiece. It’s one of the most beautifully shot films ever put to screen.

Wanting to know more about the work of Mexican filmmakers propelled me to serve on the Mezcal Jurado (jury) at the Guadalajara International Film Festival in March 2019. My winning essay sent me to Mexico to join 29 other college students from the Americas.

As jurors, our job was to view all the films in our category and vote on best picture, director, actor, actress and cinematography. We all came from different backgrounds as filmmakers. We brought different knowledge, expertise and educational backgrounds with us. This made for thorough and intense discussions of the films we viewed.

My time in Guadalajara was life changing.

I arrived the day before the festival so I could relax and settle in. I met a couple of my fellow jury members.

On the second day, things got started.  We went to the red-carpet inauguration with many film industry members. We viewed animated films and attended actress Blanca Guerra’s acceptance speech for the Mayahuel de Plata, an award for the luminaries of Mexican cinema.

The majority of our days we watched two to three films and ate lunch at food trucks. I fell in love with Mexican cuisine. I tried some foods I had never heard of. One of my favorites was a traditional Jalisco dish called carne en su jugo (meat in its juices). Taco Bell and Chipotle don’t really compare, and after having the real thing, it will be really hard to go back.

A highlight was hearing Mexican film director and screenwriter Ernesto Contreras speak about his filmmaking. He told us about the movie business in Mexico and working with Netflix on three seasons of the drama series “El Chapo.” He shared his love and vision for the art of cinema.

I attended a master class with Vittorio Storaro, Italian cinematographer of “Apocalypse Now,” “The Last Emperor” and “The Conformist.” His beautiful films—and passion for his work—were incredibly inspirational.

I didn’t explore the city as much as I would have liked to, but my fellow jurors and I did go to dance clubs and the Centro (center) of the city twice. We visited the Plaza de Armas (weapons square), the Palacio de Gobierno del Estado de Jalisco (the state government palace) and the Guadalajara Cathedral.

We marveled at the Hospicio Cabañas, built in the 19th century. It is one of the oldest hospitals in the Americas and has been preserved as an UNESCO World Heritage site. Colorful murals on the ceilings of both the Hospicio and the Palacio depict important leaders of the Mexican Revolution.

I was immersed in the culture, the people, the art of Mexico. Everything was beautiful.

By the end of the festival, the jury members felt like old friends. We are still in regular contact. And, since I landed back in Minneapolis, I started learning Spanish.

I didn’t want to return to home to Minnesota. But I know I will be back to Mexico as soon as I can.

My memories of the film festival and my friends in Guadalajara will stay with me forever. And I know Mexican cinema will forever be stamped on the films I will someday make.

Indehar is a screenwriting major. He will graduate in the summer of 2019.