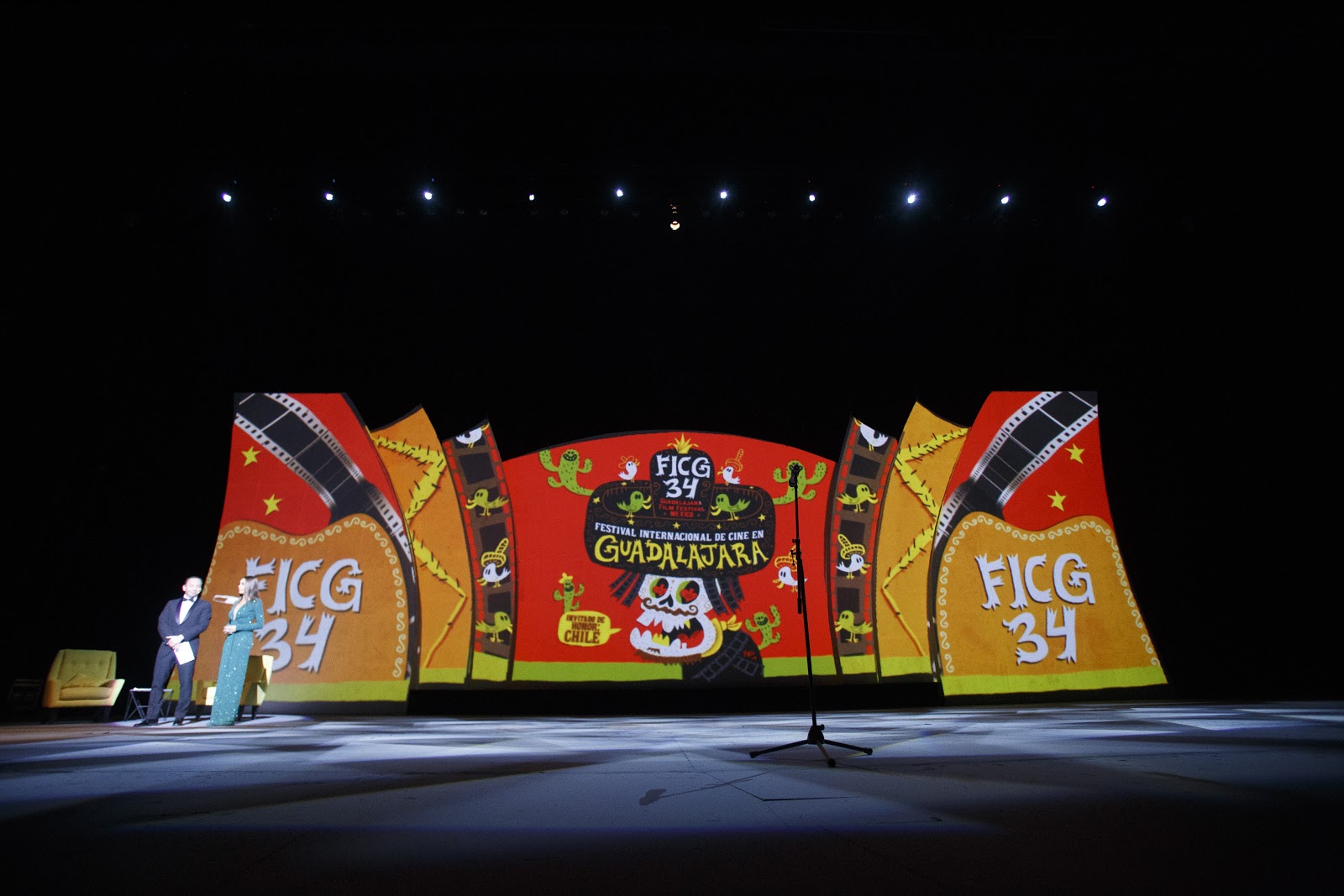 Chile is announced as the guest of honor country for the 2019 festival at the awards and closing ceremony for the Guadalajara International Film Festival on March 16, 2018. Photo by Tonatiuh Figueroa / Festival Internacional de Cine en Guadalajara

On the strength of his essay on Mexican cinema, a Metro State student will fly south of the border in March to judge entries in the 2019 Guadalajara International Film Festival.

Jordan Indehar of Cottage Grove won an all-expense paid trip to Guadalajara, the capital city of Jalisco, Mexico. There he will join the jury for the Mezcal Award for feature films and documentaries premiering at the festival.

The jury consists of 30 students from throughout the Americas. These students are pursuing degrees in film, communication and media. Their trips to Mexico are financed by the film festival.

As part of the jury, Indehar will review 18 films and vote for his selections for best Mexican film, director, actress, actor and cinematography.

Indehar will graduate this summer with a Bachelor of Arts in screenwriting. In addition to pursuing a career in screenwriting and directing, he is also interested in opportunities in the video game industry.

He gives credit to his “love for cinema and my appreciation for my fellow filmmakers,” in writing the winning essay and propelling him to the film festival.

The 34th annual festival, held March 8-15, is supported by the Mexican government and private donors. Its mission is to bring Latin American films to a broader audience and greater appreciation.

Four years ago, while on sabbatical in Spain, Byrne met with the director of the San Sebastian International Film Festival. Byrne invited the director back to Metro State. Their partnership helped make Metro State part of a multinational contest to send a lucky student to Guadalajara every year.

For Byrne, “a new understanding of Mexico and its people” is the most important part of the festival—for Indehar and everyone in Metro State’s film and screenwriting program.