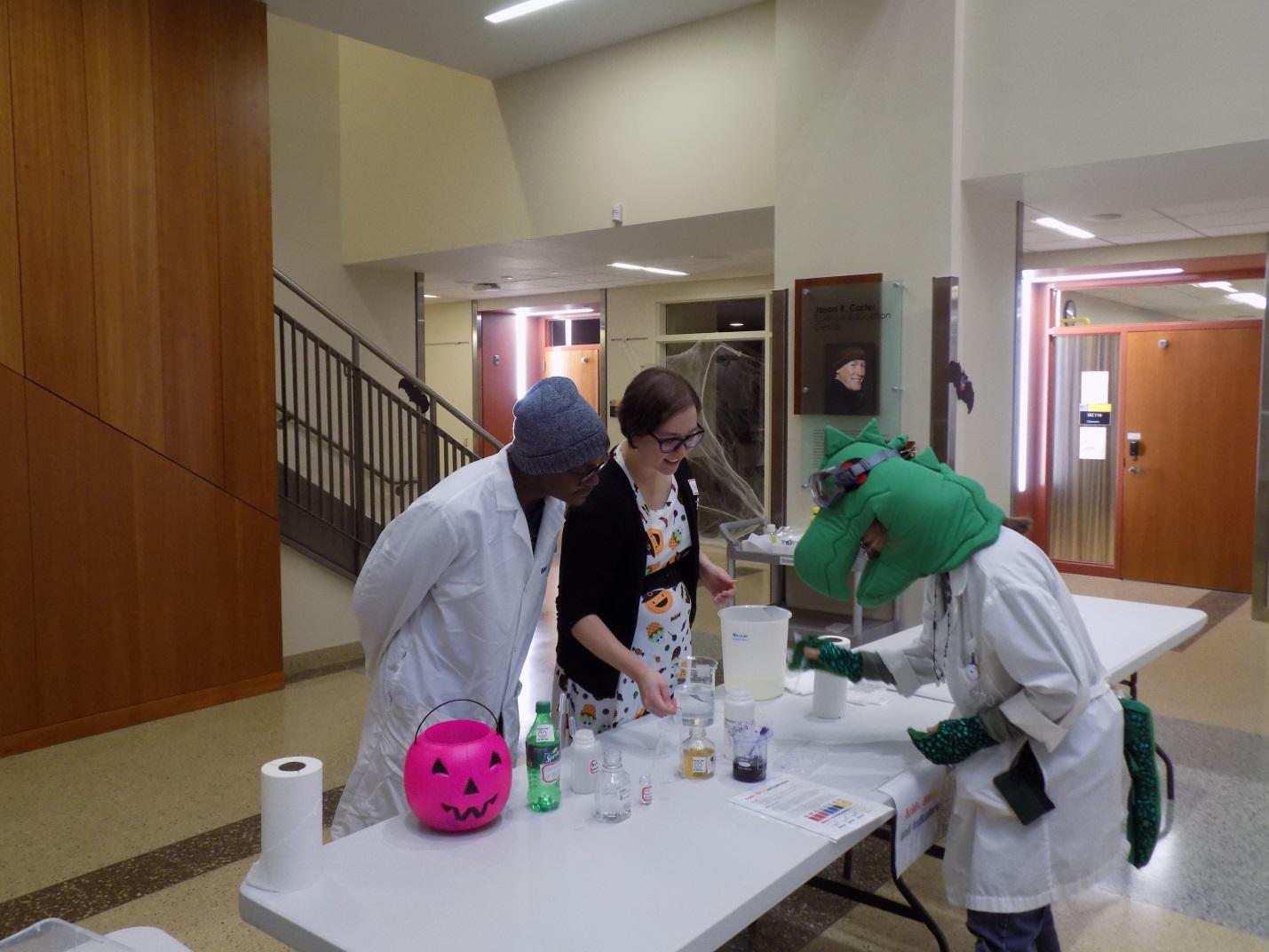 Parents and children found fun and frights at Metro State’s Spooky Science Halloween on Oct. 31 at the Science Education Center. They joined the College of Science faculty, staff and student volunteers for an evening of exploring scary scents and textures, making slime, scavenging for skeletons—and collecting candy of course.

“Acids [such as citric acid in oranges] are things that taste sour,” said Dr. Kate Ries, assistant professor of chemistry, at the event. She talked about the differences between acids, bases and alkalis to a group of children. At her table, explained the pH scale using everyday household items like laundry detergent, vinegar, apple juice and baking soda.

“You have to explain it at different levels,” Ries explained. Presentations for the children must be relatable and not too technical, she said.

In the past, Ries said she and other planners unintentionally geared science events to appeal mostly to children eight years or older, like at Pi Day in March 2018. Now, they have a new approach. “Variety [is key]—so kids of all ages can get something out of it,” she said.

The event also revealed real-world applications of science. Julie Chau, a Metro State student and coordinator of First Saturday Science events, showed kids the importance of using sunscreen. With tiny UV detecting beads in a Petri dish, participants observed the difference between beads with sunscreen and those without it. Without sunscreen, beads changed colors within 10-20 seconds when exposed to ultraviolet light. Beads, with sunscreen, remained unchanged.

Children also dug through bins of bones and examined skeletons. Dr. Lori Fischer, community faculty in natural sciences, led a game to match bones from the bin with a skeleton. She said the exercise is “similar to what students learn in class—just a leaner version.”

Edgerton let kids use an amino acid decoding chart to “crack the code” or make a DNA-sequence bracelet. She kept her presentation to the point. “[If they are] too long no one will want to do them,” she said.

Though kids spent less than five minutes at each table, it did not take much time for them to make scientific breakthroughs. Elizabeth Curley, chemistry laboratory specialist, said she hoped that trick-or-treaters left with “little nuggets that everyone should know about science.”