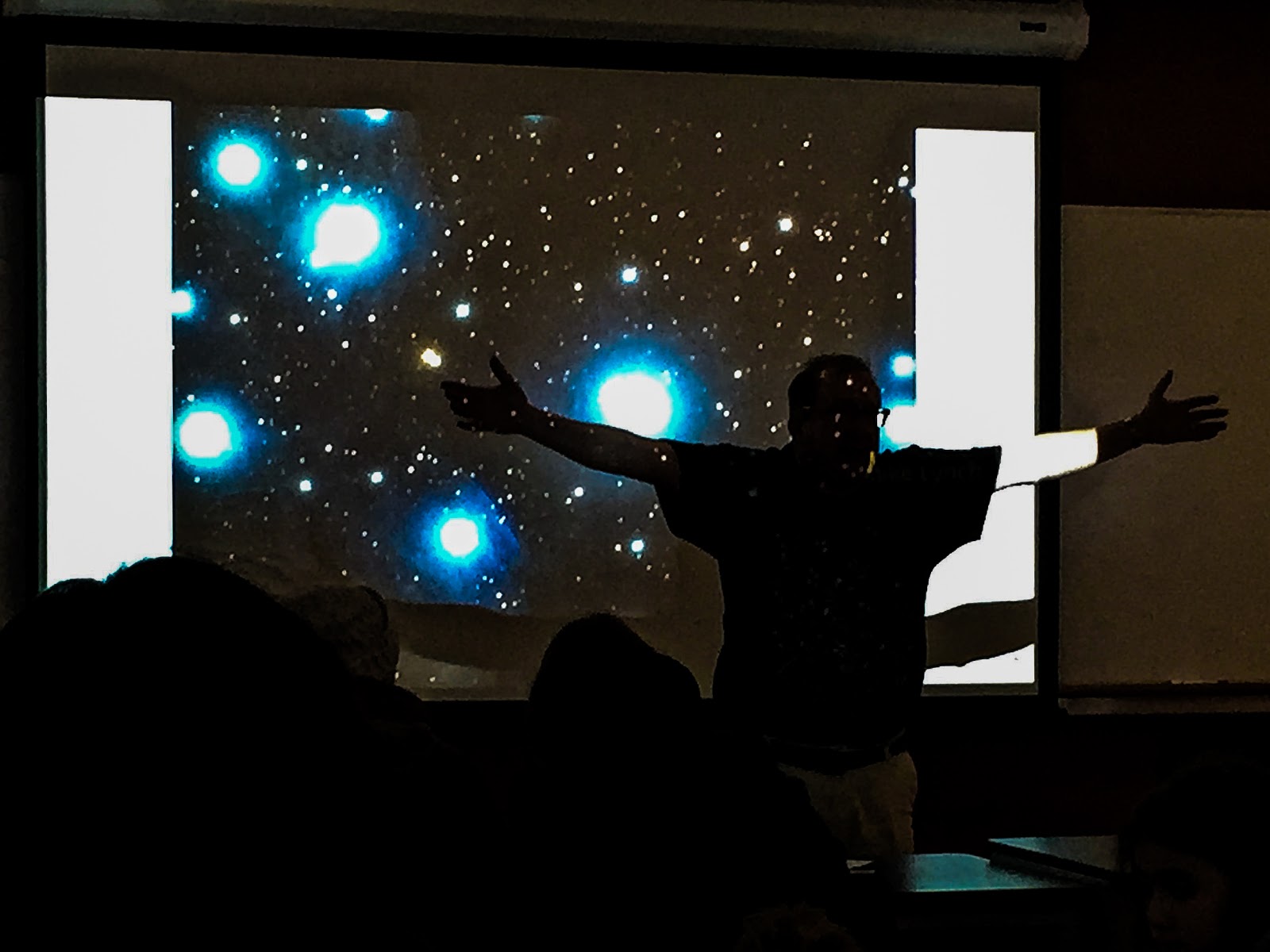 Minnesota-hardy kids and adults gathered to indulge their curiosity about astronomy and night skies. Attendees were treated to science, stories, telescopes, cold night skies, hot beverages and cookies—and a trip to the stars inside the “Metro Dome,” an inflatable planetarium run by Metro State staff in collaboration with the Como Planetarium.

Lynch has shared his “passion for astronomy and stargazing” as an enthusiastic guide to the star-curious at events like Star Party throughout Minnesota and western Wisconsin for over 40 years. He also writes the “Star Watch” column for the St. Paul Pioneer Press.

Lynch’s enthusiasm was immediately apparent at this Metro State and St. Paul Public Library event. He walked through the crowded room individually welcoming each attendee with an introduction and a star hunting packet.

Lynch provided attendees several points of entry into the universe of astronomy. He questioned the multi-generational Star Party attendees: “What are stars?” Gigantic balls of gas. “What holds a ball of gas together?”

“Gravity is everything,” Lynch responded.

Looking at stars 10 to 12 billion light years away is looking back in time, Lynch said. He told stories of the constellations, noting that Greek, Roman, Native American, Egyptian, Hindu and many other cultures have seen drama in the night sky.

Even though the evening’s cloud cover prevented attendees from viewing the stars, two telescopes were set and ready for all to get the feel for using these tools.

Lynch wants everyone to understand that astronomy is an accessible hobby. He said stargazers can use their own eyes—and binoculars and telescopes are far less expensive than one might guess. He also recommended mobile apps like SkyGuide.

He suggested sitting back and allowing your eyes to adjust to the dark for about 20 minutes. Using a headlamp with a red light allows you to read any materials you brought with you.

And, Lynch added, “You have to be patient.”