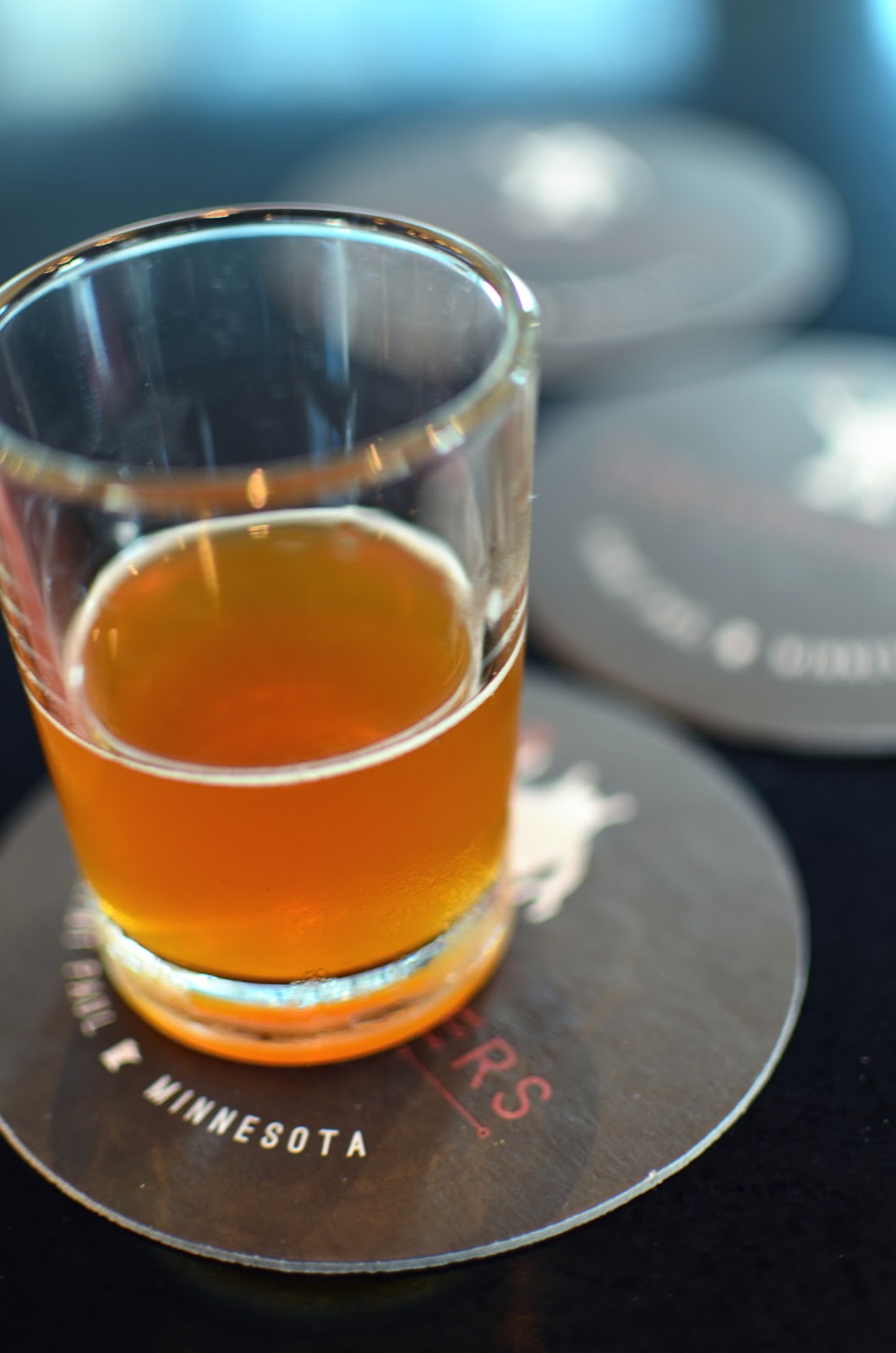 Ed Day is a graduate student in Metro State’s Master of Science in Technical Communication program.

“Sometimes your mistakes end up being the greatest thing you’ve ever done,” said Jeff Moriarty, president and co-founder of Tin Whiskers Brewing Co. in St. Paul.

Moriarty described the brewing process to about 30 people at his noon talk at the Science Education Center on March 22. The event was hosted by the natural sciences department and the North Star STEM Alliance. No alcohol was served at the event.

Moriarty got his start as a homebrewer while he was working as a full-time electrical engineer. He said the combination of precision, curiosity, and experimentation makes engineering and brewing natural bedfellows.

The brewing process always consists of the same steps—boiling down the main mash, adding hops and other flavors, a series of filtering processes, and fermentation—but variations at each stage can be altered to create a different taste. Inputs are related to outputs, so brewers should start with good ingredients: water, malt, hops (which make beer less sweet) and other adjuncts (chocolate, pumpkin or whatever other flavor you can think of).

Even choosing a different type of yeast while keeping every other variable the same can result in a different tasting beer, Moriarty said.

Beer is a multisensory experience. The tongue can taste only six things—salty, sweet, sour, umami, fat and bitterness. Everything else—fruity, floral, malty, spicy—goes through the nose, Moriarty said.

The carbonation level affects the drinking experience too.

These were not always on his mind back when he was just a homebrewer.

“You start a brewery because you like to brew, but then you have to run a business,” Moriarty said.

Still, amid marketing, product testing, team building and accounting, Moriarty still finds a lot of joy in working on the small experimental batches. The decision of what to try sometimes goes back to the early days: “What am I in the mood for?”

Of course if it’s a hit, scaling up becomes another equation. Making a small batch means running to the grocery store for ingredients. Making 30 barrels can mean finding 88 pounds of dark chocolate, 60 pounds of coffee, and tons of vanilla.

The mood that came up with Pecan Pie Filling flavored beer was a gamble that turned out well. On the other hand, there was the “ill-fated carrot beer.”

“That was bad,” Moriarty said. “I’ll never do that again.”

It boils down (pun intended) to trial, error, testing and tweaking.

“If you really want to commit to a flavor,” said Moriarty, “you can make it work.”