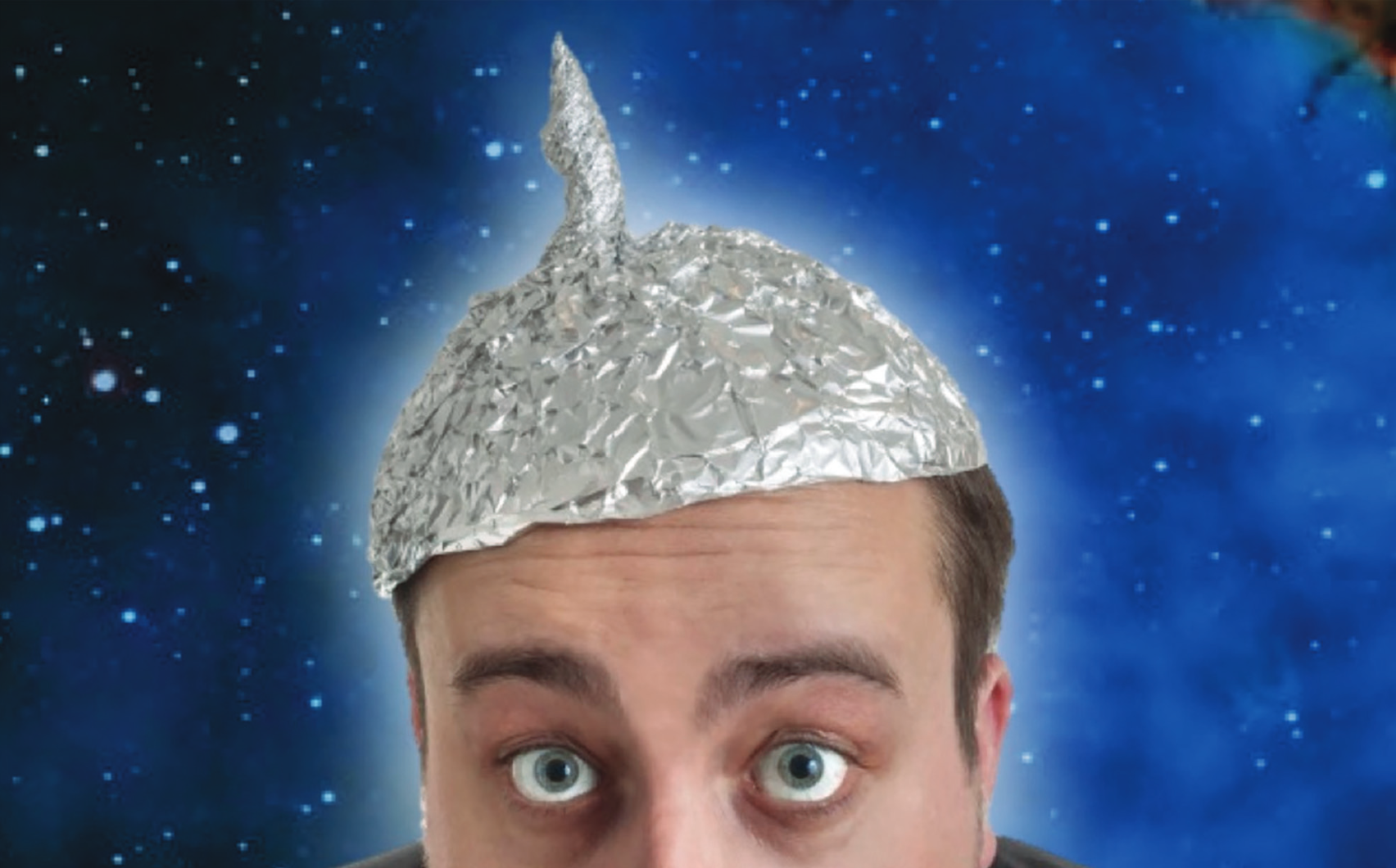 You’re invited to a world of aluminum hats and hysteria.

“Alienation,” a play conceived and directed by Professor Jonathan Beller, opens Feb. 23 at 7 p.m. The play will be staged at the Whitney Fine Arts Center at Minneapolis Community and Technical College (MCTC).

Influenced by science fiction ever since he was a child, Beller combined different elements of the genre to create “Alienation.”

“I was the kind of kid who looked forward to ‘The Twilight Zone’ reruns and stayed up late watching ‘The World Beyond’ and ‘The Outer Limits’” said Beller. It is from these childhood memories that “Alienation,” a story about mystery and frenzy, sprang to life.

“’Alienation’ is about ordinary people sent into hysteria over a poorly conceived external threat,” said Beller.

This original play incorporates all things alien: UFO sightings, conspiracy theories, and the dilemma of trying to discern between fact and fiction. And it comments on American prejudices.

“[Alienation] offers characters that are the quintessential Americans and it exposes their prejudices and fears,” said Beller. “Many people feel isolated from their own community. We live in a world in which we are not just alienated from each other, but also alienated from ourselves.”

Although “Alienation” is a product of Beller’s imagination, many of the scenes and actions were improvised and worked into the script by the actors. The cast includes students and alumni of Metro State and MCTC, as well as guest artists.

“‘Alienation’ is an ensemble piece, which means that all of the characters are of equal importance,” said Beller. “A good metaphor for the ensemble nature of this play is ‘one body with many heads that work in the same direction.’ [It] is somewhat experimental in its form and performance style. It departs from the basic tenets of psychological realism.”

Beller has just begun his second semester teaching at Metro State. He taught at SUNY Schenectady in New York before he moved to Minnesota.

“From my understanding, a lot of Metro State theater students are first generation college students,” said Beller. “Metro State attracts a more diverse set of students who have a desire for education. You get an more engaging experience from a school like this. I enjoy that very much and it is very inspiring.”

One of the things that guided his decision to teach at Metro State was the university’s emphasis on student work. “[Metro State] focuses on student work—new and original work,” said Beller. “This gives students the opportunity to see their work manifest on the stage.”

“Alienation” began in a workshop at SUNY Schenectady in 2015. Improvised and expanded upon with the help of Beller’s theater students, it is now a complete production.

Composed of one act, “Alienation” runs approximately one hour and 20 minutes. Audience members are encouraged to bring non-perishable food items for the MCTC Food Pantry.

“Alienation” will be performed at 7 p.m. on Feb. 23 and 24, and March 1 and 2. A matinee performance will be Saturday, Feb. 24 at 2 p.m. Admission is free. The Whitney Fine Arts Center is located at 1424 Yale Place on the MCTC campus. Parking in the MCTC ramp is free with a Metro State ID.