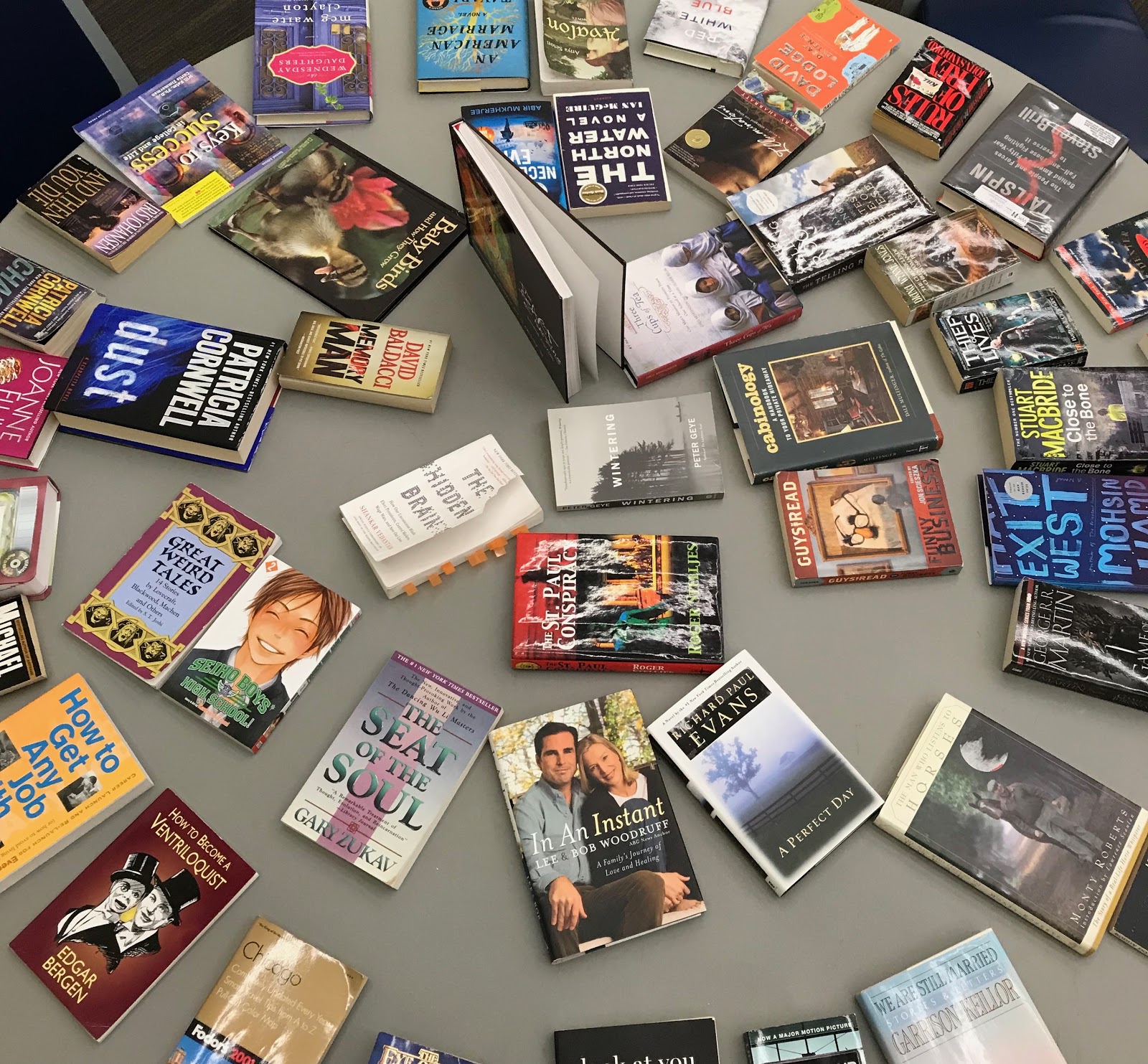 Free books at the Great Big Book Swap in Student Center 101 on April 23, 2019. The event was organized by the Department of Language and Literature and funded by the College of Liberal Arts Dean’s Office. Photo courtesy of Professor Tammy Durant

Though it was an on-campus book exchange, and held near the end of the semester, donors didn’t drop off only used textbooks and software manuals.

Tipsy titles like “The Hungoevr Coobkook” and “The Druknen Coobkook” were also in the mix at the Great Big Book Swap on Tuesday, April 23 in Student Center 101.

Professor Tammy Durant, department chair of the literature and language department, helped organize the event. She said 134 people came in to drop off and pick up books.

They had their pick of diverse titles and genres. Fiction, nonfiction, young adult and children’s books were available. Up for grabs was everything from Ian Fleming’s “Chitty Chitty Bang Bang,” R. L. Stine’s “The Phantom of the Auditorium,” and William Arden’s “The Three Investigators: The Secret of Phantom Lake,” to “Chicken Soup for the Soul: Stories for a Better World.”

Hard-to-find titles were there, too. Durant donated a variety of vintage library books.

Alexis Schuck, a nursing major, came in with her partner Messiah Roberson and his niece Elana Roberson-Willis. When asked why she came to the event, Schuck had a simple answer: “I like reading books.” She picked up several children’s books to read to Elana.

“I haven’t read in a while, and I needed some new material,” Sheleiza Keshwai said, as she perused the book selections. A friend of a current Metro State student, she was happy to come to campus and add several mysteries to her shelves.

At the close of the book swap, 36 students gathered in the room for the fourth annual open house for English majors. They were joined by Ahmed Ismail Yusuf, a Somali-American writer based in Minneapolis.

Yusuf read from his 2018 short story collection, “The Lion’s Binding Oath and Other Stories,” and signed books afterwards.

He holds a master’s degree in public affairs from the University of Minnesota and is the author of three books, including “Somalis in Minnesota,” published by the Minnesota Historical Society Press.

And what happened to any great big books leftover at the end of the long day?

Durant said they would be donated to Books for Africa, a charity based in St. Paul.

The nonprofit organization is currently celebrating its 30-year anniversary. Its mission is to end the “book famine” in Africa by collecting, sorting, shipping, and distributing gently used books to students of all ages living in the 55 countries of the African continent.