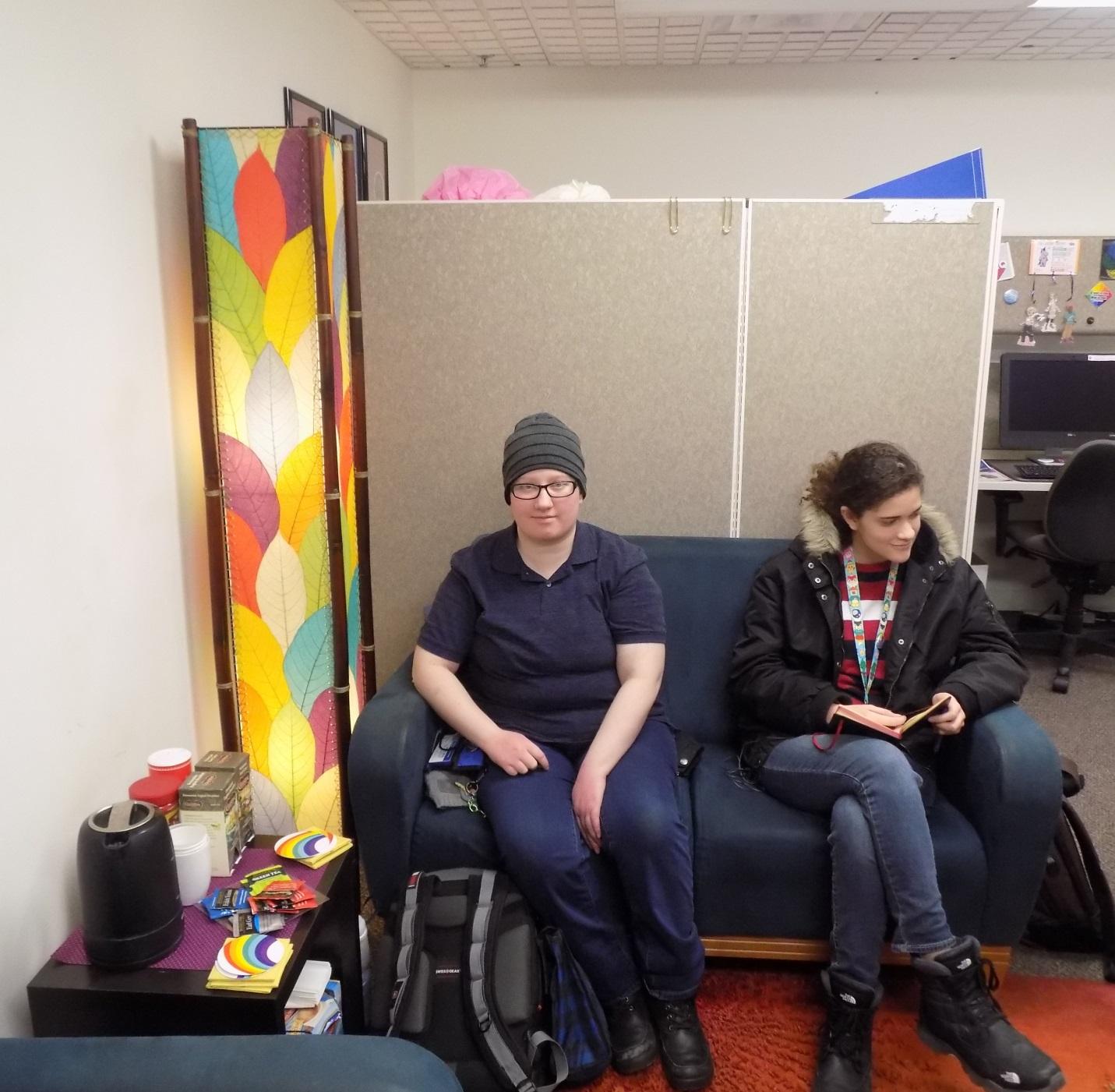 “I distinctly remember two straight men coming in and at first being slightly uncomfortable when they realized the movie was about gay drag club owners,” Stanton said. “By the end, they were able to laugh along with us to the crazy antics.”

“It was something small, but I think that just widening people’s worldview to actually include people like me is important work.”

Now, Stanton is president of Lavender Bridge, setting his sights on ever-widening worldviews.

Ideas and inspiration can come from travel and meeting new people. Lavender Bridge members were among the 2,000 students that headed to Kansas for MBLGTACC (pronounced “mumble talk”), the Midwest’s largest annual conference for queer and trans+ college students. It was held at Wichita State University, Feb. 15-17.

“This is an amazing opportunity for Metro students,” Stanton said. “As someone who has gone in the past, I can attest to it being a life-changing experience for any queer person, but also because panels are centered around ways to bring more intersectionality and pro-diversity tactics back with you to your student org and overall campus.”

Pettitt speaks about social justice, diversity and change management. She is the author of “Good Enough Now: How Doing the Best We Can With What We Have is Better Than Nothing.”

DiMarco is an advocate and speaker for deaf rights. He was on “America’s Next Top Model” and “ABC’s Dancing with the Stars.”

“I really hope they come away with more confidence in their ability to be student leaders,” she said.

Closer to campus, Lavender Bridge members use what they learn from conferences to organize events and bring in speakers.

“I think so far our overall goal for our events has just been to expose people to someone different than they are,” Stanton said. “Most cisgender and heterosexual people will not seek these opportunities out on their own or perhaps might not even know about them.”

This spring, the club is considering a drag queen story hour at the Dayton’s Bluff Library. During LGBTQ Health Awareness Week, they hope to offer a sexual health class with professional educators from Smitten Kitten, a Minneapolis adult novelty store.

They will also host “GAYme Night” on Thursday, April 11 from 4-8 p.m. in the first floor lounge of the Library and Learning Center. A variety of video and board games will be available.

“People can come chill and play some nerdy board games with us,” Stanton said.

The meeting room has a clubhouse atmosphere decked with colorful decor. It also contains a small library of LGBTQ books (fiction and nonfiction) and health information pamphlets.

“Come if you are interested in an inclusive, diverse environment full of people who celebrate those who break norms of gender and sexuality,” said Casey Landrum, vice president of Lavender Bridge.

“Moving from Actor to Ally”

“LGBTQ in the Classroom”

“Being a Trans Ally: Cis-Privilege Workshop”

To register for workshops, visit eventbrite.com/e/ally-training-workshops-at-metropolitan-state-university-tickets-56000834002.