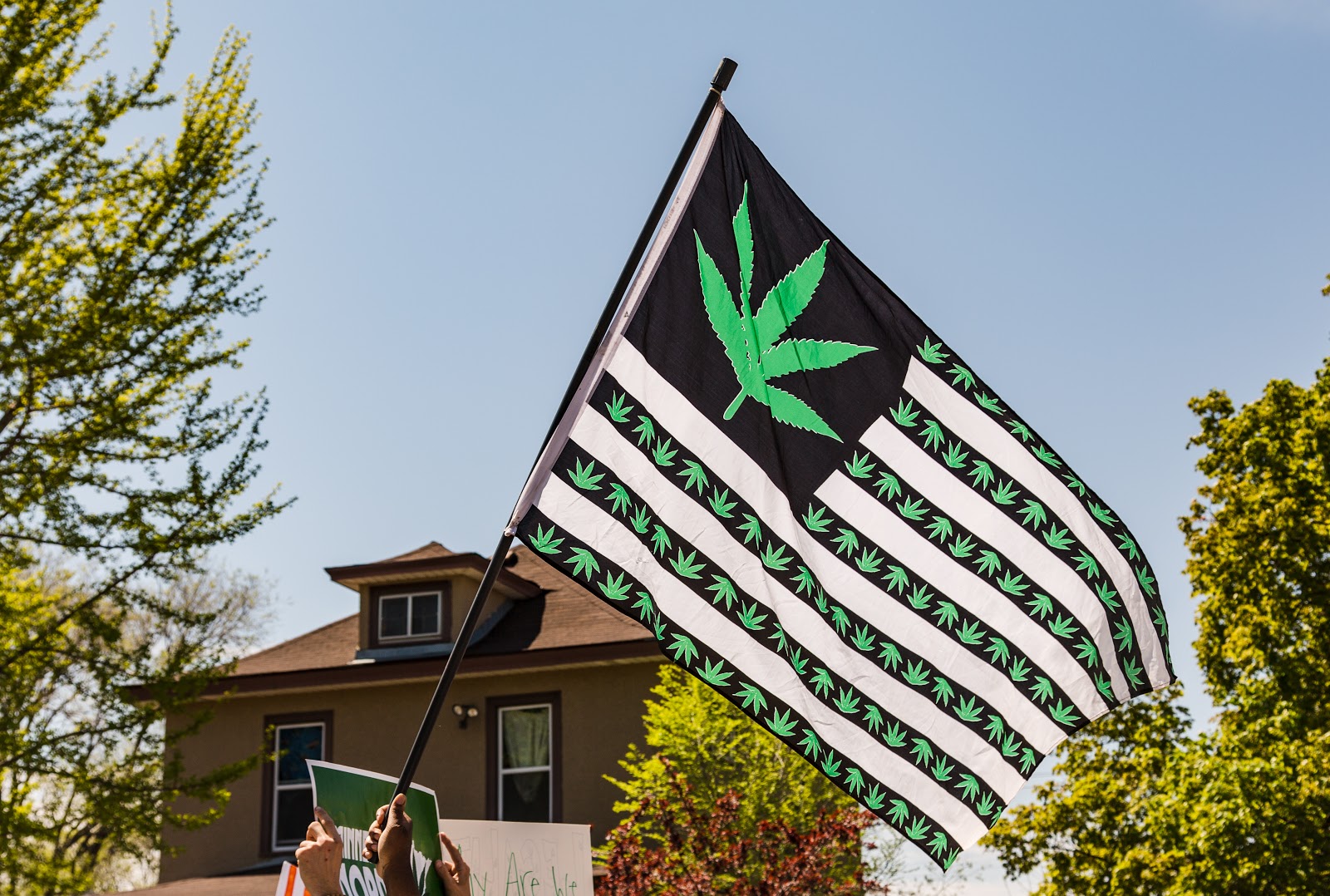 Supporters of legalized marijuana march in the MayDay parade on Bloomington Avenue in Minneapolis on May 7, 2017. Photo by Tony Webster/Flickr Creative Commons

In 1976, Minnesota effectively decriminalized misdemeanor marijuana possession, mandating drug treatment instead of jail time. Yet a record number of marijuana-related arrests were made in 2012. It’s time to stop sending mixed signals to cannabis users and clear up Minnesota’s stance.

Minnesota is lagging behind its progressive peers on this issue. Ten states, plus the District of Columbia, already have legalized pot. Even our Canadian neighbors passed the country-wide Cannabis Act last year.

During the midterm elections in November, two pro-legalization parties gained major-party status in our state by receiving over 5 percent of the total votes cast. This support indicates that (for at least 5 percent of Minnesotans) marijuana legalization is the issue they care most about.

The Legislature reacted to this support by introducing two bills on Jan. 28, one in the House and one in the Senate.

Why it could matter (or not)

In addition to legalization, the Legislature is considering measures to expunge past convictions for marijuana use, with the intent to offset some of these disparities. Rightly so. The newly proposed bills would automatically expunge records for small-possession marijuana offenses.

However, because the state has already decriminalized small possession, it is difficult to know what (if any) social justice impact this expungement will have.

For a greater impact to be felt, Minnesota must consider expunging nonviolent convictions for marijuana possession over 42.5 grams (the cutoff for misdemeanors). These convictions are felonies and damage communities of color. They cast longer shadows and severely hamper quality of life, not just for the offenders themselves, but for their loved ones.

Why the devil is in the hazy details

The new legislation would legalize marijuana consumption, cultivation and transport for adults over 21.

Simple enough, right? The tricky part, however, concerns the legal amount of cannabis that people are allowed to have and where they can have it.

The cap for a single purchase, according to the Senate bill, is one ounce of cannabis, eight grams of concentrate or (take a big inhale here) “cannabis products that cumulatively do not contain more than 800 milligrams of delta-9-tetrahydrocannabinol.”

The possession cap for nongrowers is the exact same as a single purchase.

While manufacturers, retailers and distributors may have the means to dispense according to these limits, how on earth can individual users keep track—especially over the course of several separate purchases?

I realize the intent for the possession cap is to discourage black-market sales, yet tobacco is also highly taxed and regulated. No one is concerned about a booming black market for these products.

The bill seems less straightforward about where and how marijuana can be consumed. Establishments like Amsterdam’s “coffee houses” will not be allowed under the current legislative framework; patrons cannot use cannabis inside retail locations.

Consumption inside restaurants, bars or (actual) coffee shops may be prohibited as well; however, I did not see any language about such regulations in the current bill.

Using cannabis in city and regional parks is not directly addressed either. However, provisions allow local governments to establish and enforce regulations for their own municipalities.

But why are all of these prohibitions in place? When any drug, including alcohol, is taken out of a positive social environment and pushed into the shadows, abuse can easily take root and cause real damage.

A healthy dose of confusion

The health effects of marijuana have been the subject of much controversy. That tension may determine whether either bill will pass this year.

By legalizing marijuana for medicinal use, the state has acknowledged that the drug can have positive effects on specific medical conditions.

Opinions are decidedly more mixed when discussing the health benefits (or detriments) of marijuana for the general public.

Cannabis smoking seems to be equated with tobacco regarding the Minnesota Clean Indoor Air Act. However, the second-hand effects of marijuana smoke are not as well understood, and thus the threat to public health may be a false equivalency.

One of the co-authors of the Senate bill, Sen. Scott Jensen, M.D. (R-Chaska), believes that it is time to give legalization a fair hearing.

But his colleague and fellow Republican, Senate Majority Leader Paul Gazelka, does not want this bill to get out of committee. He has stated that marijuana legalization exacerbates problems like traffic accidents, stunted adolescent maturation and addiction.

The science behind Gazelka’s claims is inconclusive, or in some cases contradictory.

If either the House or Senate bill get the legislative seal of approval, Gov. Tim Walz has voiced his support and would likely sign it into law.

But even if these bills don’t make it through the Legislature, voters could consider a constitutional amendment on the issue next November.

Whether at the Capitol or at the polls, Minnesotans will soon decide if they will be among the next token states to toke up—legally.

Carlson is the new editor of the Opinion page. She is a graduate student in technical communication.

Are you an addiction counseling student with a thought on legal pot? Email a letter to the editor or pitch us a commentary at TheMetropolitan@metrostate.edu.

Unintended consequences of $15 an hour in St. Paul

Lessons to the fabric of our future, a story of AIDS trauma, memory

After a 15-year break, Metro State will at last be my alma mater