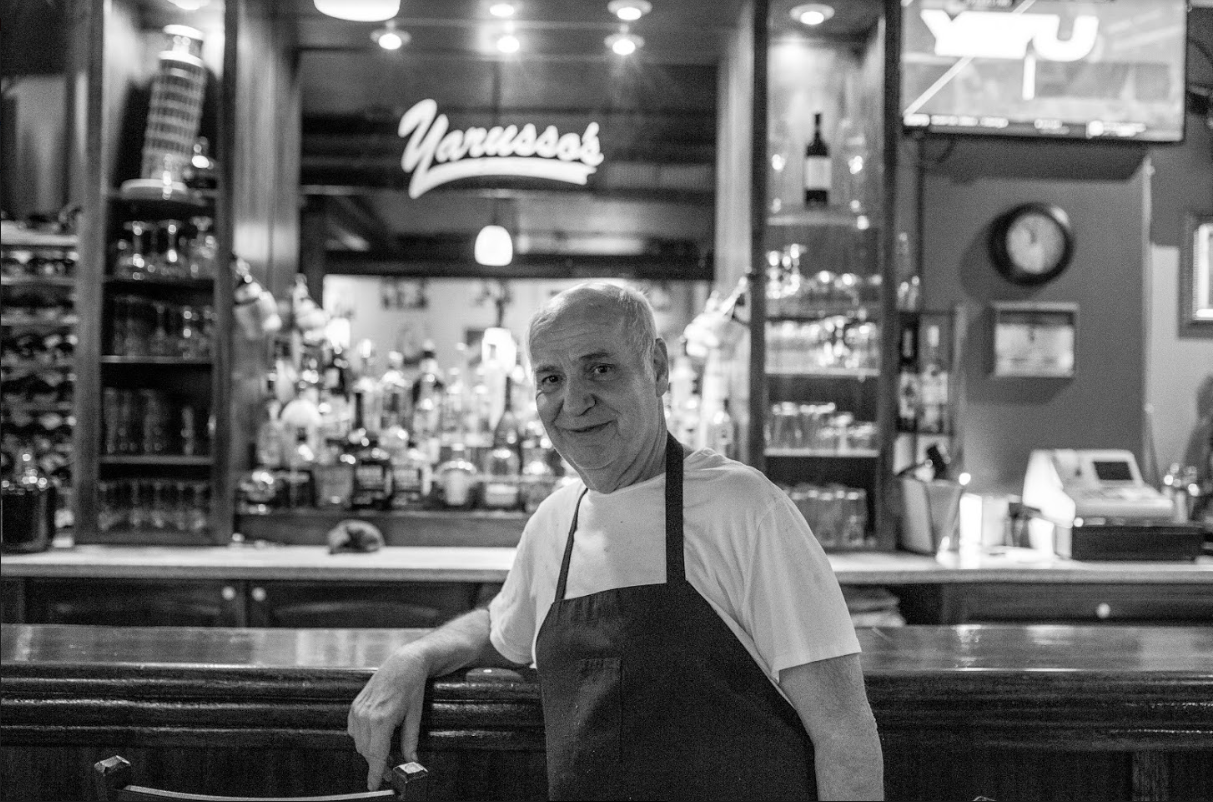 Eli Bartz is photo editor of The Metropolitan.

I remember hearing tales about Swede Hollow from an old Eastsider I knew. But until I began my community involvement project for my information studies class, little did I know that it lay just outside the windows of my classroom in the Metro State Library.

Swede Hollow borders the St. Paul campus. Now a small wooded park with serene walking trails, the Hollow was a vibrant community that housed many immigrant communities until it was burned down by city officials in 1956.

While known as Swede Hollow, the area could almost be known as Little Italy. The land housed around 100 Swedish, Italian and Mexican immigrant families. During the 1920s through 40s however, the Hollow was mostly occupied by Italian families. It is but a memory to the few surviving folks, living on only in print and word.

On the edge of the Hollow sits Yarusso Brothers, an Italian restaurant founded in the early 1930s. While my project brought me to a few other old Italian eateries in St. Paul, none left me with as much information and rich history as my time at Yarusso Brothers.

I stopped in on a blustery day, coffee in tow after a 45-minute bus ride. I walked in at 11 a.m. sharp for my meeting scheduled with Freddy Yarusso, the 67-year-old owner and grandson of the founder himself.

The waitress informed me that Freddy would be right with me. I nodded and started to unzip all the layers I had accumulated. It was an oddly cold day for November, but the sun was shining bright, bringing some relief.

Freddy busted out of the back, apron and t-shirt both splattered with little red dots of marinara.

“Can I get you anything, young man?” he asked as he poured a cup of coffee for himself.

“Water’s good,” I said, slightly embarrassed that I had brought a coffee cup from a gas station that was on my route.

We took to a booth and started to chat. I told him about my project, that I was visiting different Italian restaurants and learning their history. Freddy shook his head agreeably. “There’s a lot of history here,” he said. “A lot of history.”

“Say whatever you want—history, your involvement, anything,” I said. “I’ll let you do the talking. I’m here to listen.”

I started my recorder as Freddy began to tell me the history of Yarusso’s and Swede Hollow. He explained how time has molded and changed his community. Once a working man’s bar serving drinks with a plate of spaghetti, Yarusso’s has evolved into a quiet eatery filled with devoted regulars.

After Freddy and I talked for some time, he took me around the restaurant. Faces, names, photos all plastered the walls. He described in detail the houses on the block, who lived where, who he played bocce ball with.

“I knew almost every single one of these people personally,” Freddy said, pointing at a wall covered from top to bottom with names.

We chatted with servers and restaurant regulars. The spirit of the place was so very welcoming. I could feel the tradition, the pride, the respect for their history.

Scenes from an Italian restaurant:  the interior of Yarusso Bros., 635 Payne Ave., St. Paul, photographed on Nov. 14, 2018. Founded in 1933, it is the oldest family-owned restaurant in the city. Photos by Eli Bartz

After a fire in 2007, Freddy said they had to gut the entirety of the building, renovating nearly everything—except for the original bar. Freddy laughed.

“But that fire was a blessing really,” he said.

After Freddy concluded his tour, it was down to the part I was most looking forward to—the food.

A big plate of spaghetti smothered in red sauce. Freddy brought it out himself, with a small piece of pizza on the side.

“It’s on me, young man,” he said. I had every intention of paying for it, but he insisted.

As I was eating, I was approached by two elderly folks inquiring if I was a reporter. I laughed and explained my reason for being there. They liked the idea of schoolwork that involved eating food.

We then began to talk about Swede Hollow and their connections to Italian American community.

“We’re Eastsiders for life,” they said.

I finished up my spaghetti, reconnected with Freddy and said finally, “Can I take your picture?”

“Of course,” he said, as I framed in my camera lens. “I can’t believe I talked so much.”

What does COVID-19 reveal about how we handle global existential threats? What will happen when the next one comes? Listen to reputable journalists