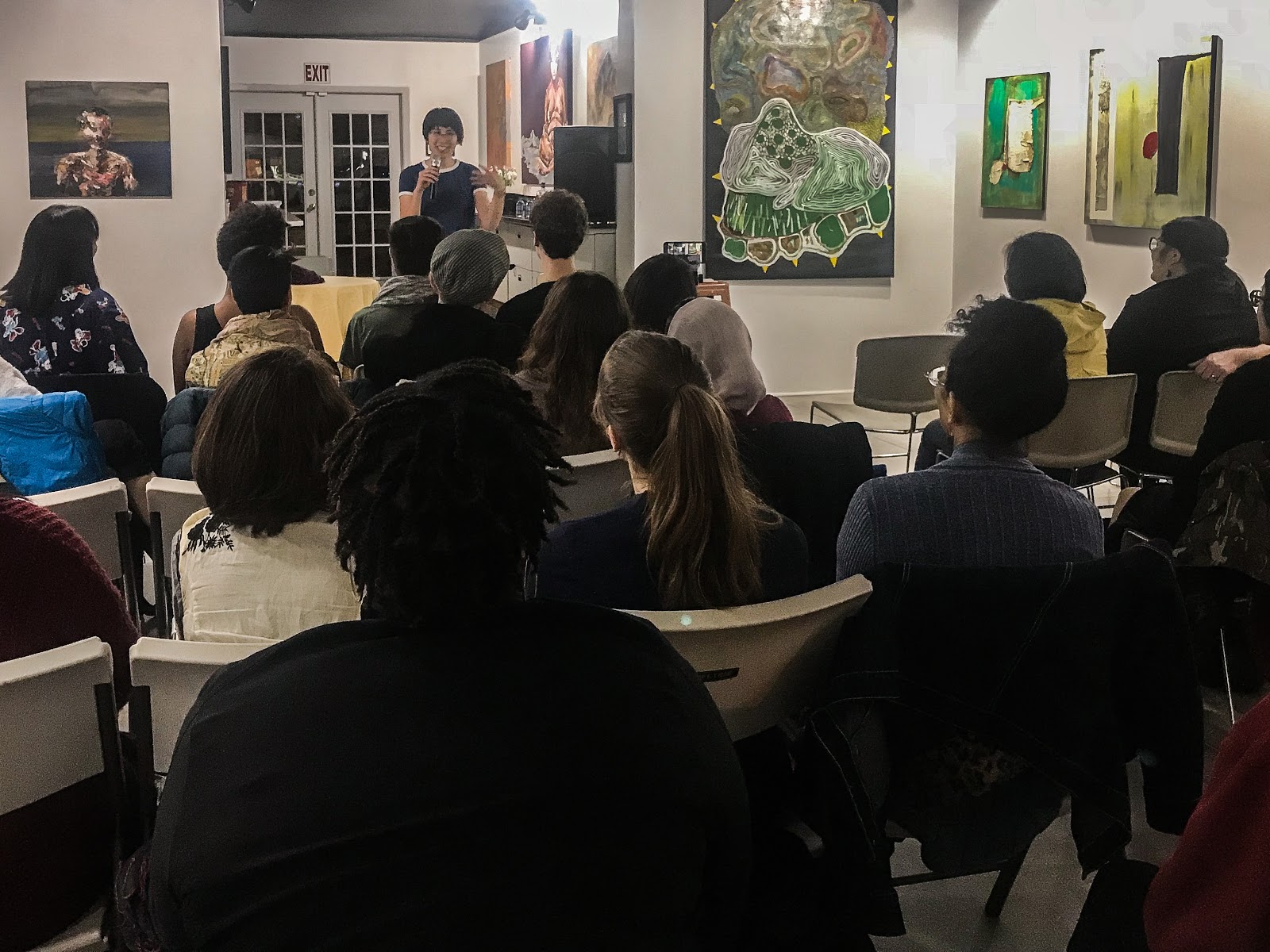 Female role models can be hard to find in the mainstream media—and even harder for young women of color. Women are expected to go along with status quo, be quiet and not speak. And those stereotypes are only heightened when it comes to Asian women.

“Breaking the stereotype means you have to be loud,” said co-founder May Lee-Yang.

The artists tackled the tough topics of race, patriarchy, white supremacy and sexual health through performance art, comedy and storytelling. One artist offered an embellished personal harrowing tale of escaping overly curious white people. Another gave a tarot reading about the highly charged political climate and inciting of racism.

Dr. Patti Kameya, a teaching artist at the Loft and previously an assistant professor at the University of St. Thomas and Kent State University, performed an eye-opening skit.

To their horror, audience members realized the expanded syllables were spelling out “plastic straw,” “silicon bag prosthesis” and “microbeads”—Kameya’s commentary on the plastic and material pollution piling up in the oceans.

Kameya closed out her act by confronting stereotypes and playing the kazoo. “Since Asian women are expected to be quiet, I encourage them to use the kazoo,” she said.

In her take on the current political climate in America, hclou ended the evening with uplifting advice.

“Bad things happen but take joy in the moment,” she said. “[When faced with racism] stand your ground—stand strong. Don’t use violence.”