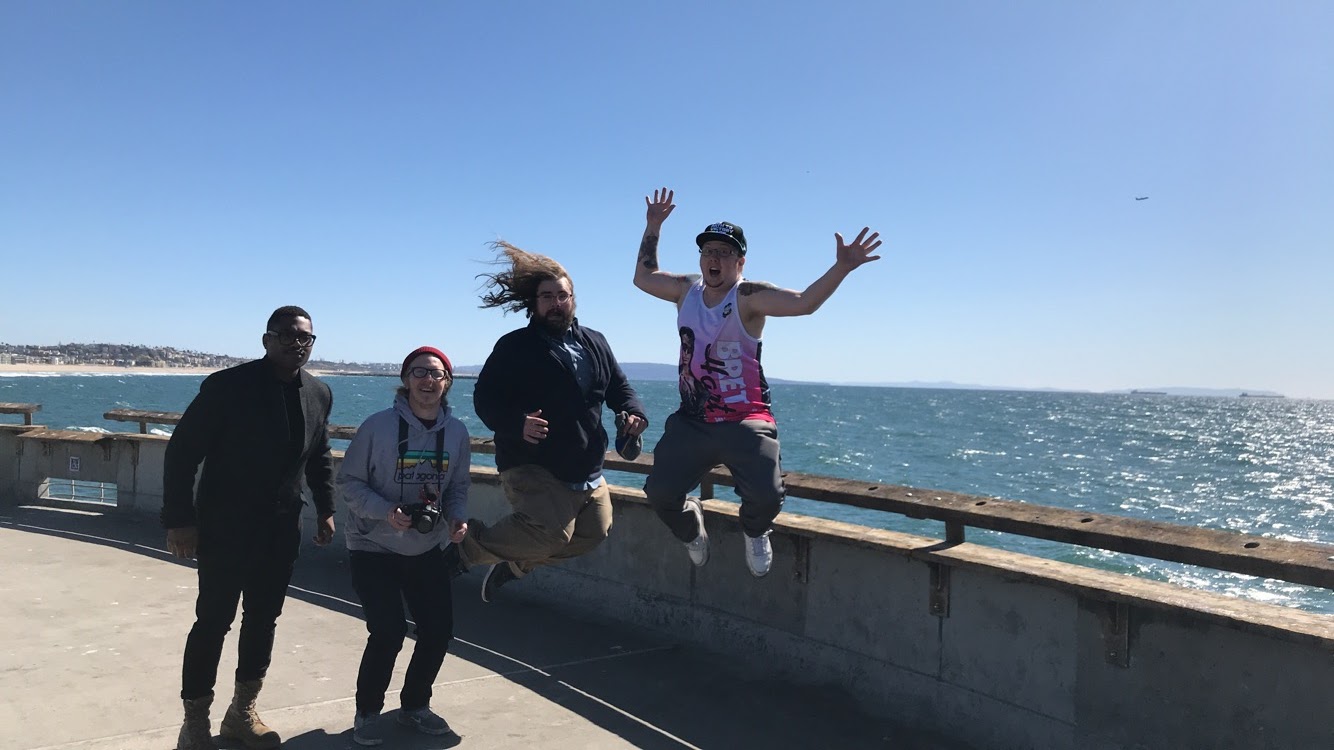 Ryan Jay is business manager of The Metropolitan.

Metro State offers numerous writing classes in many genres, from creative to professional to technical writing. But in one style of writing, the university does not offer much: comedy writing. So a group of four screenwriting students started digging for other opportunities to punch up their punch lines.

Adam Moyer, a screenwriting major, came across an intensive comedy writing workshop offered in Los Angeles by comedian Steve Kaplan. Moyer had already read Kaplan’s book on comedic writing, “The Hidden Tools of Comedy: The Serious Business of Being Funny.” He thought the workshop would be the perfect fit.

The Comedy Intensive is a two-day workshop that covers the fundamentals of comedic writing: what it is, how it works, why it works, what’s going on when it’s not working, and what you can do about it.

Moyer enlisted classmates Sam Stiegelmeier, Andrew Mueller and Jauston Campbell to join him in obtaining university funding for the workshop. They learned that students may apply to the Student Activity Fees Allocation Committee (SAFAC) for funds to attend a professional conference related to their major.

Moyer found the application process clear and simple. “I just spent a few hours one day and hammered it out,” he said. “The key was having an itinerary going in. There’s step by step directions on OrgSync—just follow it.”

“We had it down to the restaurants where we would eat, four different flight options and backup options for everything,” added Stiegelmeier. After applying through OrgSync, the group presented their itinerary to a live panel of SAFAC members. Their proposal was accepted and SAFAC allotted $2,952.46 to pay for conference registration, food, lodging, airfare and car rental.

The students arrived in Los Angeles on Friday, Feb. 23, to begin an intense weekend. After flying into LAX, they rented a car for the 30-minute drive to Burbank.

“We’re going to be staying at the hotel hosting the conference, so that’s pretty cool,” said Mueller, pointing out that it eliminated the need for more transportation once they got there. They returned Monday, Feb. 26 on a red-eye flight.

The students tried to fill their itinerary to the brim to make the most of what Los Angeles had to offer.  “I’m going to see Andrew Dice Clay, he’s in Pasadena,” Moyer said. “Dice is my hero, so I’m going to see Dice.”

“We wanted to see a sitcom taping, but that would have taken from the intensive, and we didn’t have the time,” he said.

These four aspiring screenwriters valued the chance to learn writing in a way they don’t always get to in Metro State classrooms. “I want to have a better understanding of writing comedy, which is nothing I’ve been taught,” Stiegelmeier said.

“It’ll be nice to be among comedy writers,” said Mueller. “How often does that happen?”