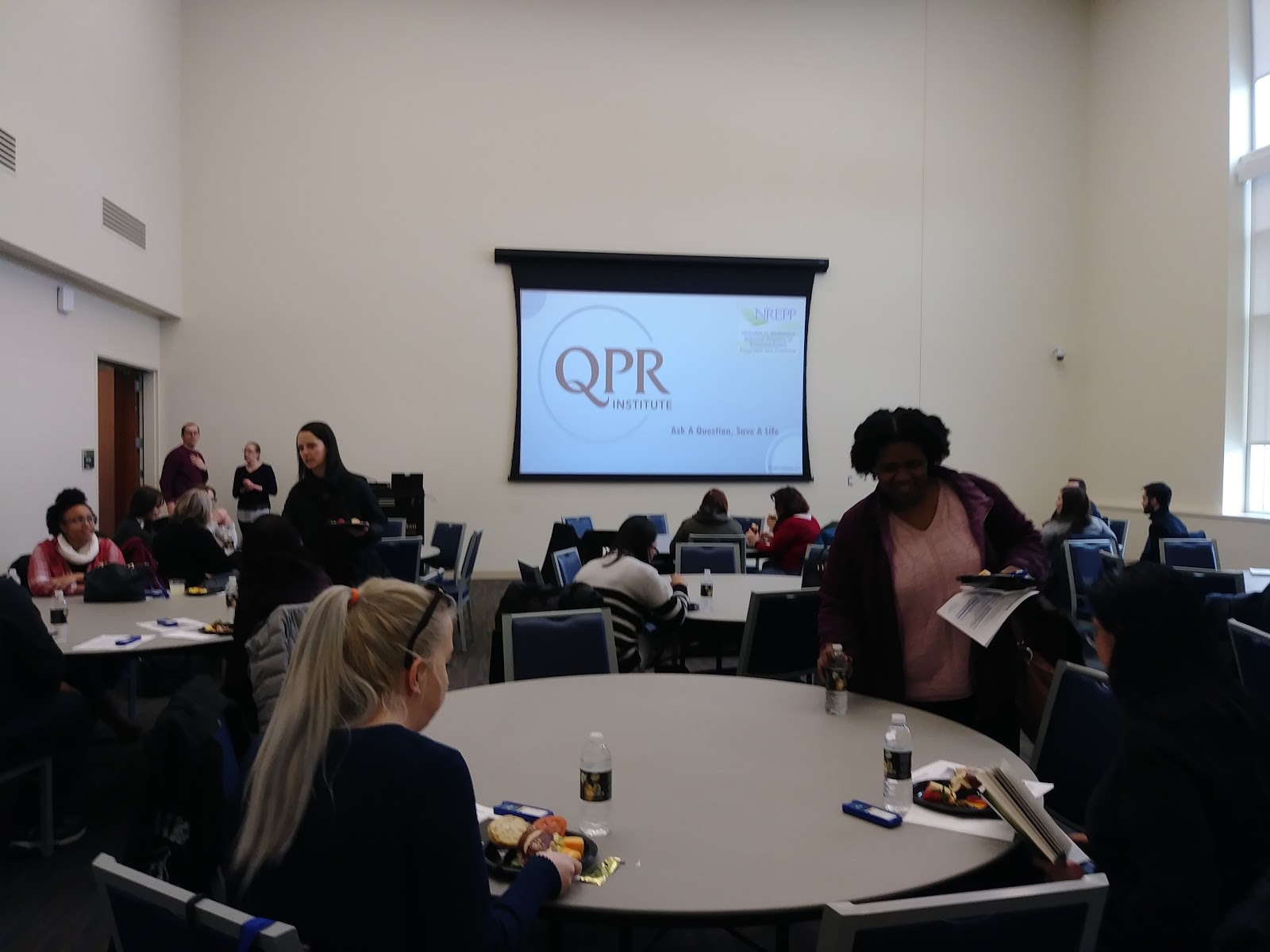 Elizabeth Todd is a graduate student in Metro State's Master of Arts in Psychology program.

But Metro State is not alone in these numbers, as suicide was the tenth leading cause of death in the U.S. in 2016. In the face of one of the most preventable types of death, Metro State Counseling Services staff asked: what can we do on campus to help those in need?

For their focus on suicide prevention, Counseling Services is using the acronym CARES, or “Creating Awareness Regarding Suicide.” In February, they brought another acronym to campus: QPR, or “Question, Persuade, Refer.”

With the goal of reducing suicidal behavior and saving lives, QPR trains “gatekeepers” to recognize mental health crisis warning signs, learn about on-campus and community resources, and help connect students who are in crisis with appropriate resources.

What is a gatekeeper?
According to QPR, a gatekeeper is “anyone in a position to recognize a crisis and warning signs that someone may be contemplating suicide.” Gatekeepers understand that even though talking about suicide is difficult, it is also life-saving.

Participants in the QPR training learned how to talk about suicide with someone who is at-risk. They learned to find a time and private place to ask about suicide, and how to ask the other party if they have been contemplating suicide. That’s often the hardest, but most helpful step, the trainers said.

People are sometimes afraid to talk about suicide, as they believe this could put the idea in someone else’s head. QPR training dispels this as a myth—asking the suicide question doesn’t increase the risk of suicide.

Question
The first step of QPR suicide prevention is to ask the “S” (suicide) question. While this step often feels “wrong” or uncomfortable, the QPR Institute’s research has shown  that “once people are asked if they are thinking of suicide, they feel relief, not distress.”

There are many ways to ask if someone has been contemplating suicide, but it is important to leave judgments and biases out of the conversation. Some may wish to use a less direct approach. Gatekeepers can ask, “do you ever wish you could go to sleep and never wake up?” Or they can take a more direct approach: “Have you thought about killing yourself?” If the answer to this question is yes, the next prevention step is to persuade.

Persuade
The goal of the persuasion intervention step is for the person to agree to get some help. In order to do this, a gatekeeper must listen to the other person without interruption, condemnation or judgment. The gatekeeper can offer to go with the person to see a counselor, help the person make an appointment with a professional, or ask the person to make a promise to seek help or not to harm themselves. A successful persuasion will follow with a referral to resources.

Refer
The referral stage may require the gatekeeper to do some homework regarding the most appropriate source to reach out to for help. The names and phone numbers of trained  professionals should be found, which may include referrals from a family doctor, community crisis line or health organization. The QPR training noted that the likelihood of a successful referral increases when the gatekeeper accompanies the other person to meet with an appropriate professional.

According to QPR, trained gatekeepers “plant the seeds of hope…and more than anything else, hope helps reduce the risk of premature death by suicide.”

With QPR training, more “seeds of hope” are being planted at Metro State. Thirty students and campus community members turned out for the two-hour training on Feb. 20 in the Student Center.  “I would highly recommend it— it’s really good information,” said one student participant. “Plus you get a gatekeeper certificate, an ally sticker and it looks really good on a resume.”