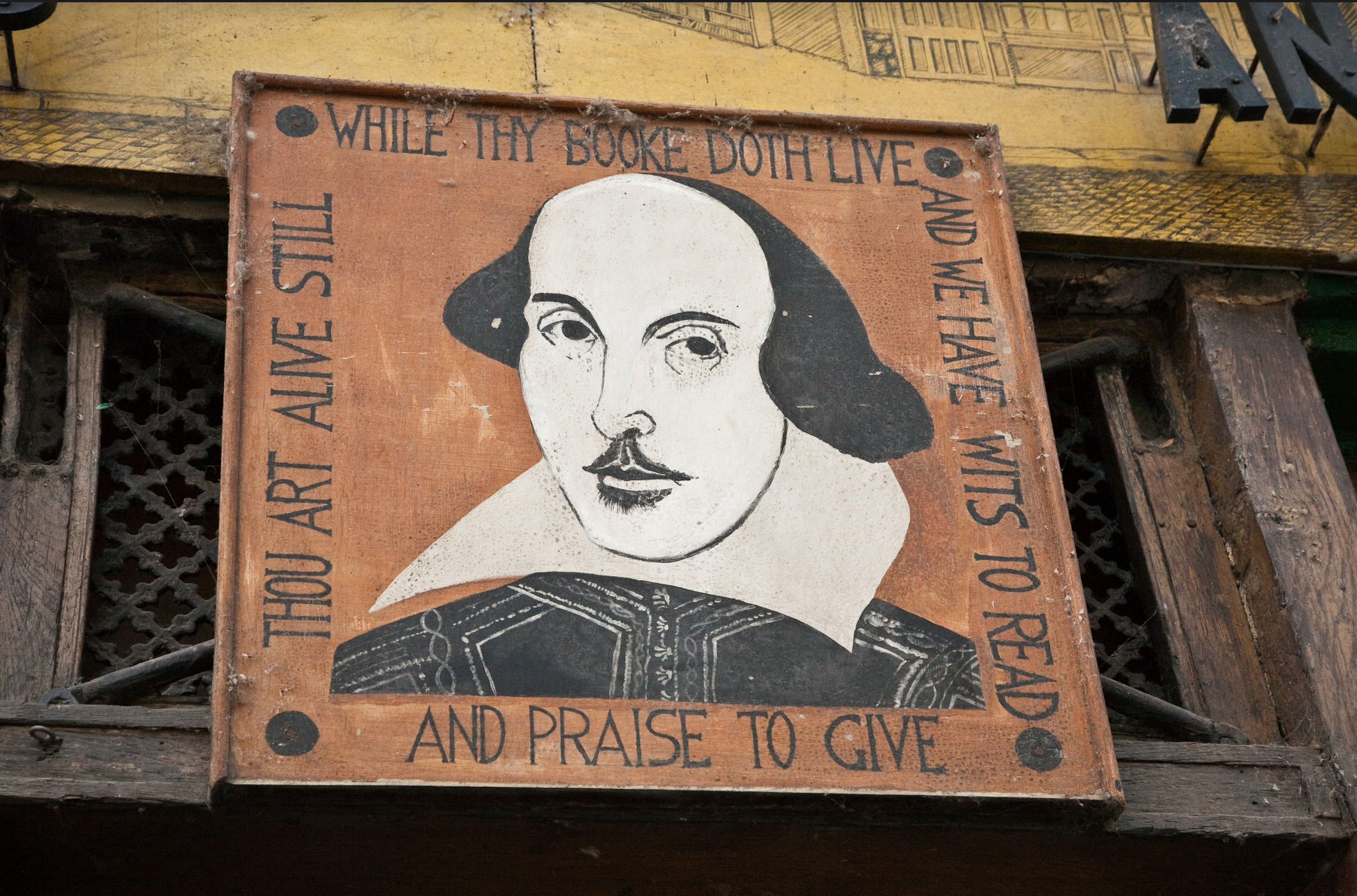 On our first day of class, we went around and did the usual introductions: name, major, and why we were taking LIT 377 Shakespeare. Many of my fellow students said they put off taking the class until their very last semester. I was honestly a little shocked given that it was my first semester as an English major and I jumped at the chance to study Shakespeare.

However, a few weeks into the class, I could see why others had waited. Shakespeare was difficult and tedious at times, with challenging passages of which I couldn’t make heads or tails no matter how hard I tried.

“Obviously, these really are not contemporary texts,” said my English professor, Dr. Caitlin McHugh.  “They are over 400 years old, and while they contain a lot of phrases and concepts that we still use today, they also contain archaic terms and period slang that can feel like huge barriers.”

Archaic is an understatement. Although, with much practice, my classmates and I eventually got the hang of reading the plays. I fell deeper in love with the Shakespearean canon once I began to understand the complexity of his ideas and the beauty of the plays performed on stage.

Some students may find Shakespeare unapproachable and outdated with no relevance to their lives. I disagree. It’s no different than any classic work of literature taught in high school and college curriculum. “To Kill a Mockingbird” sparks conversations on systemic racism. “Fahrenheit 451”  opens up discussions on censorship and free speech. Students should tackle challenging literature because their themes and ideas are still relevant even decades after they were written.

Shakespeare’s characters grapple with real-life emotions and situations. Whether they triumph or they fail, they show their human weakness. “Macbeth” and “Henry IV Part 1” discuss leadership strategies and what makes an effective ruler both militarily and morally. “Hamlet” shows a young boy struggling to maintain the honor of his family and make a choice between life or death.

Every Shakespeare play and sonnet has incredible complexity in the issues and themes it raises. My three-hour class hardly seemed like enough time to even attempt to discuss the topics in each play we read.

And there is also something to be said for watching a performance as opposed to reading the script. Merely reading the flat words on a page can be a hindrance to understanding. The lines were meant to be performed and personified by actors. I recommend seeking out local productions of Shakespeare if you want to delve more into the dramatic effect of his words. There are usually a few on stage around the Twin Cities, given our rich tradition of theatre.

There are also many contemporary film adaptations: “She’s the Man” is based on Shakespeare’s “Twelfth Night;” “Warm Bodies” is based on “Romeo and Juliet;” and “The Lion King” is based on “Hamlet” (albeit with less death at the end).

With so many avenues for exploring the Bard’s work, you don’t just have to struggle through the sometimes tedious process of reading the lines silently to yourself.

It is undeniable that Shakespeare has had a considerable influence on modern culture. So many allusions and references to his work are crafted into new novels or plays that a student must become familiar with Shakespeare.

I continue to find that a working knowledge of all things Shakespeare is incredibly helpful. Since taking the class, I’ve noticed references to the Bard more and more in my daily life.

“It would also be a mistake, I think, to underestimate his [Shakespeare’s] influence. Shakespeare is everywhere,” Professor McHugh told me. “People quote Shakespeare on a daily basis and have no idea. He coined phrases like ‘bated breath,’ ‘break the ice,’ ‘dead as a doornail,’ ‘good riddance,’ ‘one fell swoop,’ and dozens more. Entertainment is still informed by Shakespeare, from House of Cards to Star Trek. The moons of Uranus largely have Shakespearean names (Titania, Oberon, Prospero, Perdita, Desdemona). You can’t escape Shakespeare.”

So, to those students just starting the Shakespeare class at Metro State or those reading him on their own: don’t despair! Forget your boring high school English class reading of “Romeo and Juliet,” go see a live performance, and you’re sure to see the contemporary in the canon.