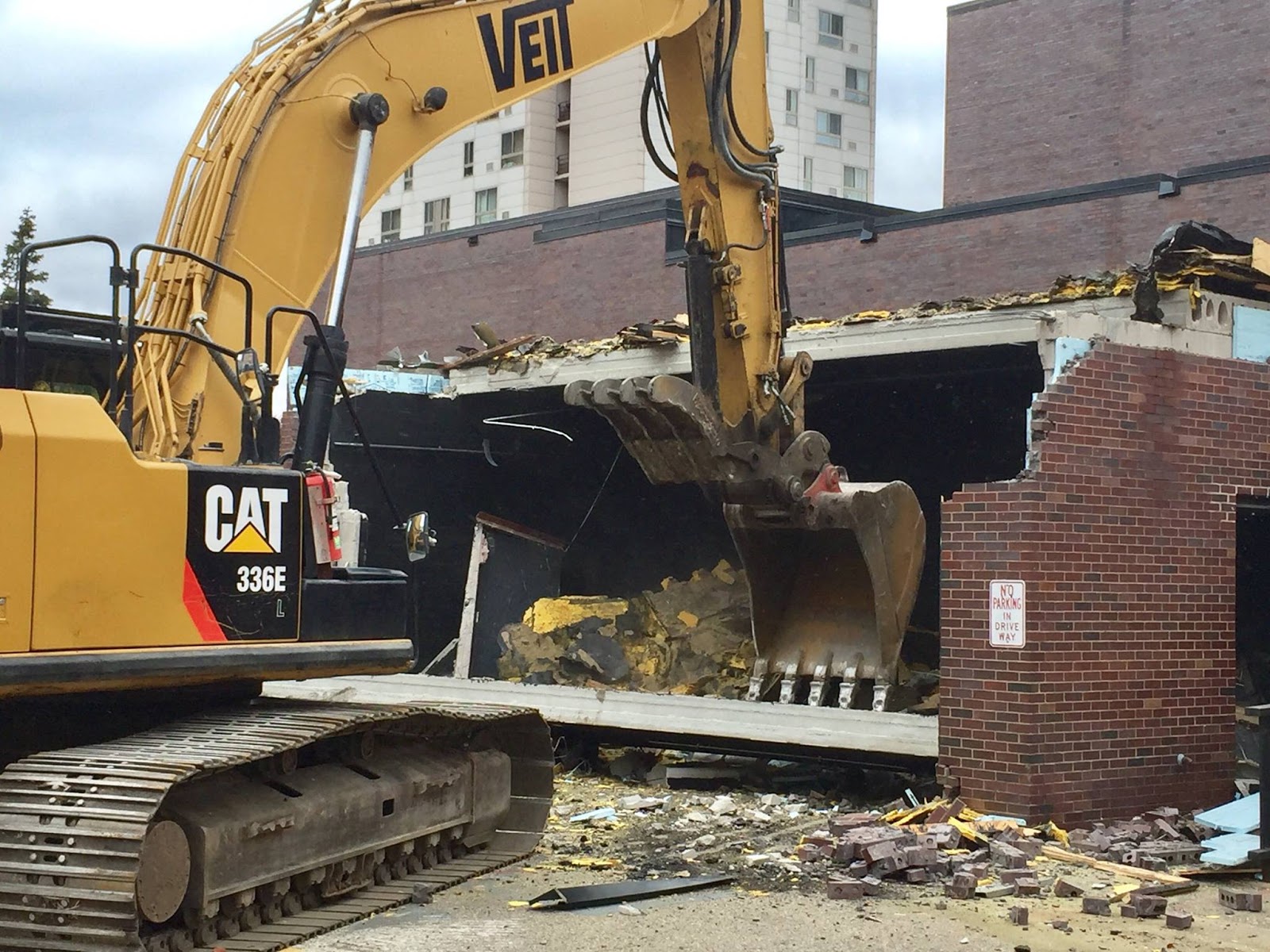 That is how Theater major Marty Bloomquist describes his situation at Metro State. “It is madness to have a theater program without a theater,” said Bloomquist.

In spring 2017, Minneapolis Community and Technical College (MCTC) made the decision to demolish the Stagedoor Theater in order to sell the land to a private developer. A black box theater located behind the Whitney Fine Arts Center on the MCTC campus, the Stagedoor had been used by Metro State Theater students for over nine years.

A black box is ideal for theater training because, unlike a traditional proscenium stage, it has no fixed seating, is intimate and flexible. It is considered especially effective for plays with small casts, student-run productions, and experimental shows.

Metro State and MCTC offer a collaborative Theater degree, which means that Metro State theater students commute to the MCTC campus in Minneapolis for classes. They take 14 credits at MCTC and 22 credits or more at Metro State.

Without a black box and a space to hold productions, theater students have no other choice but to use regular classrooms and participate in staged readings.

“Last semester, instead of doing a production or a series of productions, we held a series of stage readings. Staged readings are actors sitting on a stage and reading a script for an audience. [It] is a tiny element of what a theater is supposed to be. Lacking a large enough place to work, we sat on stools and read a play, “said Bloomquist. He is a member of Theater Underground, the student organization dedicated to producing live theater on campus.

With the black box gone, theater students are left to pick up the pieces—they are no longer able work with set design, lighting, sound, and other elements of craft that theater students need to know.

Many of the students find it difficult to learn and to grow.

“As an actor, [the staged readings] didn’t allow me to act,” said Dawn Holmquist, a Theater Underground member.

A black box isn’t anything extravagant. It is a large, raw space with enough room to have an audience. Metro State students will have access to MCTC’s large mainstage during January and February, when they will stage a major production. But that does not solve for the rest of the time the Metro program is in session with classes, smaller plays and new student work in progress.

The club’s mission statement is “to encourage and support original student performances works at Metro State.” Members say not having a black box makes it difficult to fulfill that mission.

“This semester we recited plays that are classics,” said Ben Granger, president of Theater Underground. “They are wonderful plays, but they are well-known and not original work. We need a space and we need it on a campus.”

Most of the Theater majors will finish their bachelor’s degrees within the next year or two. They are pessimistic that they will find a new black box before they graduate.

Theater Underground members say not having a performance space not only stunts their ability to learn and progress, but also their professional image when job searching.

“When you interact with anyone else from other universities, you hear the work they are doing,” said Cody Biggerstaff, a member of Theater Underground. “Regardless of what it is, they’ll have a resume with a university and productions. With that, they can go to a company and move on past the educational space, which is something we don’t have—it doesn’t matter if you have your bachelor’s degree, but never acted.”

“It’s a good program, but we have been kneecapped,” said Bloomquist. “We’re operating at a way lower level than we should because we are missing a key element. Taking a space and converting it to a theater is not a simple task. It can’t be done easily or quickly. It requires work and energy and insight.”

In comments to The Metropolitan in October, President Ginny Arthur said she had asked Provost Amy Gort to be in contact with MCTC’s chief academic officer about the issue. “We are definitely in conversation with MCTC about what should we do. Discussing our need for a black box and a multi-purpose space. Space for movement classes. Access to scenery.  Everything we need for a theater program,” said Arthur.

Theater students await news of a new home. “We’re hopeful that administration will move quickly and will champion our cause,” said Granger.